The NFL Released Three Incredible Compilations Of The Best Trick Plays, Longest Plays, And Best Plays Overall Of The Decade 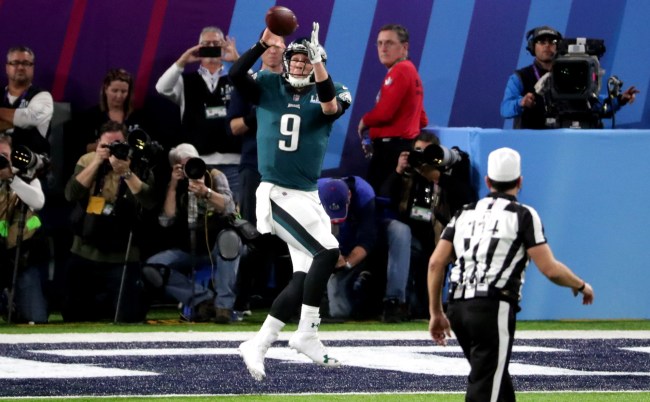 If you aren’t excited for Wild Card weekend yet, the NFL is here to get you properly hyped with three compilation videos highlighting the best trick plays, every NFL team’s best play, and every NFL team’s longest play of the decade that was the 2010s.

The Saints’ onside kick to begin to second half of Super Bowl XLIV? Yep, that’s in there. So is Tom Brady faking out the Eagles and catching a pass, as are some amazing double reverses, more quarterbacks catching passes, Pat McAfee recovering his own onside kick, a couple of crazy flea flickers by the Chiefs and Steelers, wide receivers and running backs throwing touchdown passes, a wild fake field goal by the Cardinals where the kicker scored a TD, linemen running for, catching, and even throwing for touchdowns, some great double passes, an amazing fake by the Browns that resulted in their punter running for 67 yards, and the rarely seen triple reverse/flea flicker successfully performed by the Rams.

Best Trick Plays of the Decade

As for each team’s best play of the decade, take a wild guess which play was chosen for the team you root for and see if you’re right. Some of these are definite no brainers, while others you may have forgetten about. (It has been a whole decade, after all.)

Every Team’s Best Play of the Decade

And finally, check out Lamar Miller going 97 yards for both the Texans as well as the Dolphins, plus Wes Welker, Victor Cruz, and Derrick Henry taking it all the way with 99 yard scoring plays.

Every Team’s Longest Play of the Decade

Are you hyped now?