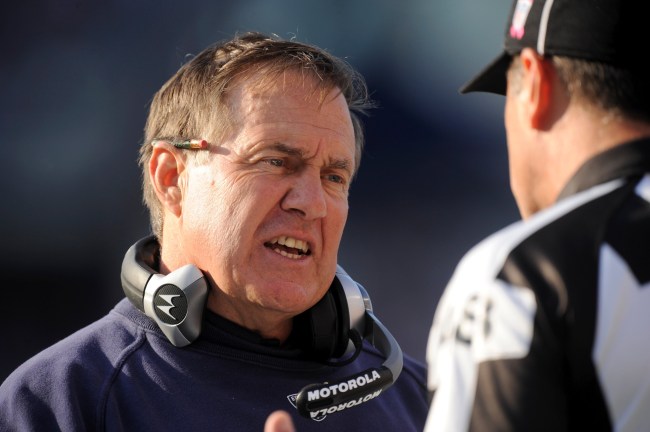 The ‘Belichick’ delay of game loophole is no more.

Last season, Patriots head coach Bill Belichick took advantage of a rulebook loophole to run time off the clock against the Jets during the regular season.

Bill Belichick says he was just trying to “run a bit of time off the clock” late in the 4th quarter against the Jets when the camera cut to him smirking.

“It’s probably a loophole that’ll be closed and probably should be closed, but right now it’s open.” pic.twitter.com/S6mpX6Xb4L

That same loophole was later used against Belichick by Titans head coach (and former Patriots staffer) Mike Vrabel in Tennessee’s win over New England in the playoffs.

Bill Belichick “That’s fucking bullshit” after Mike Vrabel gives him a taste of his own medicine pic.twitter.com/HmB6pJ26j6

On Thursday, the NFL decided to close the loophole for the upcoming season months after Vrabel used it against Belichick.

NFL owners ratified a proposal to prevent the sort of manipulation of the game clock, with multiple dead-ball penalties with the clock running, done last season by the Patriots and Titans.

Mike Vrabel took Bill Belichick to rule loophole school last season after he saw Belichick himself use it, that is now gone. https://t.co/FSA43hIjSH

It’s only a matter of time until Belichick exploits another rule for his benefit.