The NFL To Feature Black National Anthem During All Big Events, Will Add More Social Justice Messaging Next Season 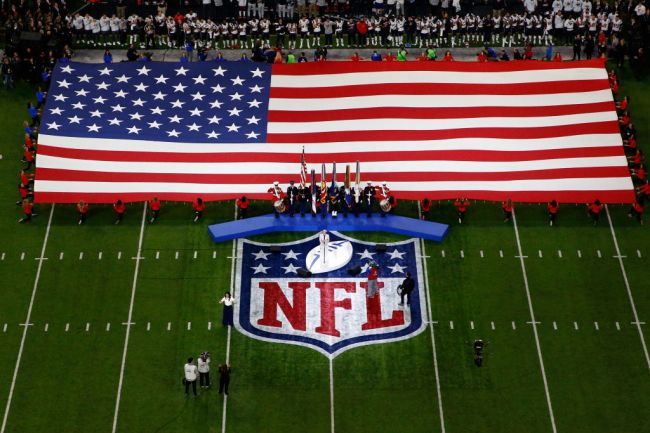 The National Football League is planning on doubling down on social justice messaging on player helmets and on the field according to a new report.

According to Front Office Sports’ Michael McCarthy, the league will include “Lift Every Voice and Sing” better known as the “black National anthem” in their pregame activities during “all big league events” next season in an effort to expand their social justice initiatives.

The #NFL plans to make the Black national anthem ('Lift Every Voice and Sing') a major part of every 'tentpole' event going forward, including season-opening Kickoff Game on Sep. 9.

Read how NFL plans to go deep on social justice this year in @fos.https://t.co/uh30Ig4hnK

The NFL also plans to make “Lift Every Voice and Sing” — often referred to as the Black national anthem — a prominent part of all big league events, said sources. They will likely highlight victims of racial injustice with a “Say Their Stories” project, as well.

In today’s hyper-partisan media environment, most fans experience football through the prism of television. This year’s renewed social justice messaging efforts will be visible to the 200 million-plus TV viewers who watch game telecasts each season.

The league wants to showcase the Black national anthem in all “tentpole events” moving forward, said another source. That will include the Super Bowl, NFL Playoffs, NFL Draft, and NFL Kickoff game.

McCarthy says that those that tune in during Sunday Night Football on NBC can expect hear both anthems during Nationally televised games.

“The league’s TV partners typically only televise anthems before special games such as Opening Night or the Super Bowl,” “So expect viewers of the game telecast on NBC Sports to hear both “Lift Every Voice and Sing” and “The Star-Spangled Banner.”

Jay-Z’s Roc Nation is currently working with the league on the “Inspire Change” initiative that includes $250 million pledged by the league to combat systemic racism over the next 10 years.