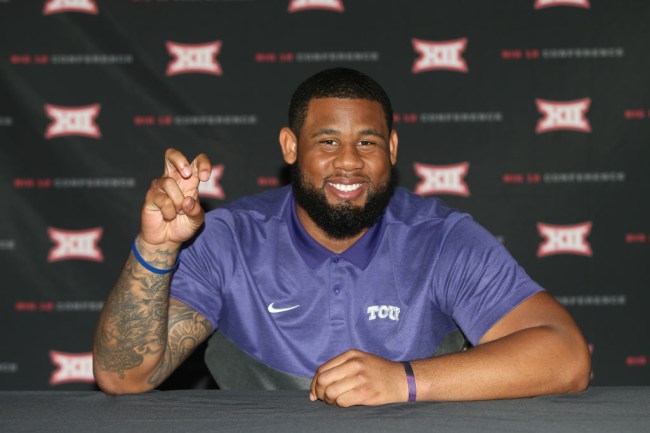 NFL teams do their research on players that they’re interested in possibly drafting, they do legitimate background checks on these guys that they’re potentially going to pay millions of dollars to.

Teams may or may not keep the information they found about a player to themselves, but for the Oakland Raiders it’s safe to say they felt like they had to let Ross Blacklock know what they found. The defensive lineman out of TCU got quite a surprise in his interview with the Raiders as they informed him that he had a total of 37 parking tickets to his name while at TCU, which he claims he didn’t know about.

Ross Blacklock has 21 formal interviews. Said he prepared for weird questions but when he met with Oakland, he learned something new about himself: “The Raiders told me about my 37 parking tickets that I didn’t know about.”

You’re not alone if your first reaction to this story was how the hell did this man get hit with 37 parking tickets. The next thought is that 37 tickets add up to quite a large amount of money, but luckily for Blacklock they were paid through a stipend he was getting from TCU.

On a lighter note, Ross Blacklock on his parking tickets…😂😂😂 pic.twitter.com/wwLhO4cPr4

You’re a special kind of person if you didn’t get hit with at least a dozen parking tickets during your time in college, but 37 is just a flat-out absurd number. It almost sounds like a cruel joke by on-campus police or something. Also, one would imagine that someone would’ve thought to just tow his car if he was picking up these tickets at the same spot all the time.

Parking habits aside, my man is saying that he didn’t know about any of the tickets, which is literally impossible. I mean sure, it’s possible that a ticket or two was written and put on his windshield and blew off the car, but that doesn’t happen 37 times my friend.

The school would have had to send him an email or some sort of notification about picking up so many tickets, but according to Blacklock, that apparently never happened.