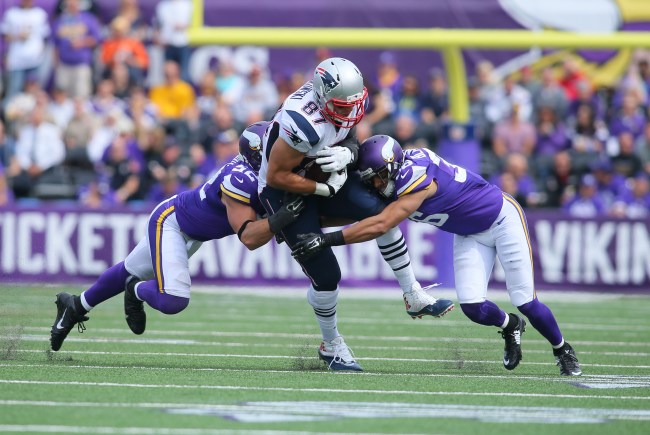 If you picked the Eagles to beat the Vikings in the NFC Championship game this Sunday, call your bookie and politely ask him to rescind your bet. The National Football League has already picked its winners, if this tweet by the official NFL account is any indication.

.@NFL literally what the hell are you doing pic.twitter.com/De4CpHeOc8

Your team is headed to Super Bowl LII…and you could too! When you donate to United Way, you could score 2 club-level seats to watch the PATRIOTS vs. the VIKINGS battle it out for the coveted Super Bowl title! But…that’s not all! You could also WIN pre-game sideline access and other cool perks! Don’t pass up this touchdown experience — donate TODAY for a chance to win BIG!

So I’m assuming the @NFL is rigged pic.twitter.com/24BjxiuVEk

NFL conspiracy theories are already out in full force today–check out this guy’s compelling argument demonstrating how the Saints threw the game against the Vikings.

If the Patriots and the Vikings make it to the Super Bowl, I have all the information I need to conclude that the NFL is a glorified WWE production masquerading around as fair competition. There’s no way you can convince me otherwise.