The NFL Claims They Haven’t Found Any Other Racist, Homophobic, Or Sexist Emails And Absolutely Nobody Believes Them 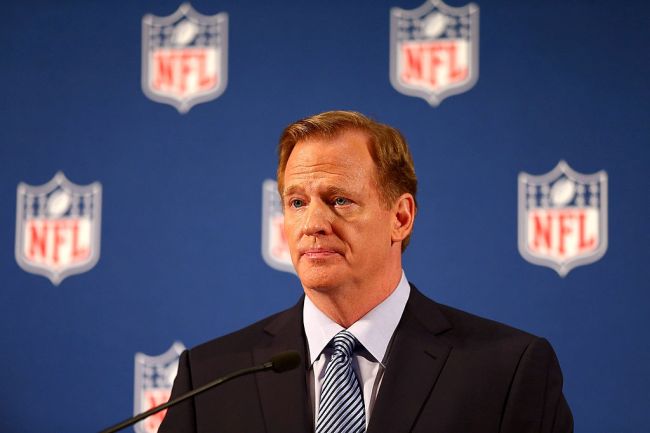 The NFL claims they haven’t found any other racist, homophobic or sexist emails after the Jon Gruden email leak and absolutely nobody believes them.

Someone from the league spoke with the AP and told them they didn’t find any problematic emails like Gruden’s in their investigation into the WFT.

The NFL has found no other current personnel that have sent emails with racist, homophobic or misogynistic language like those written by Jon Gruden that led to his resignation as Las Vegas Raiders coach, a person familiar with the documents told @AP. https://t.co/N8PfRckPVu

The person familiar with the investigation as well as emails told The Associated Press on Friday that the league “did not identify other areas and other individuals it has to contact at club leadership or league leadership levels.” The person spoke on condition of anonymity because the league has not publicly released what is in the 650,000 emails the independent investigators collected during an investigation of sexual harassment and other workplace conditions at the Washington Football Team.

“The NFL did not identify any problems anywhere near what you saw with Jon Gruden,” the person said. The person did not address any other areas of potential issues found in the emails beyond similarities with Gruden’s comments.

Of course, absolutely nobody believed the NFL and called for the league to release the 650,000 emails in the WFT probe to the public.

Lol nobody believes this https://t.co/CnBW6oK1KB

Translation: “Please talk about something else 🙏..” https://t.co/bUZAL5eL0v

Well I for one believe the NFL here. https://t.co/Y39hMVMsKD

if you think about it, the NFL sure is lucky that out of 650,000 emails they collected, all of them were Good except for a small handful sent by Gruden. really fortunate for the NFL, one has to assume, since the NFL hasn't released any info on other emails or any detailed report https://t.co/Aow4uPPwkR

This would be a statistical anomaly of epic proportions. There is no way that Gruden's handful of emails are the only ones out of 650K that contain this sort of language. It just can't be possible. https://t.co/6XrRgM7yB3