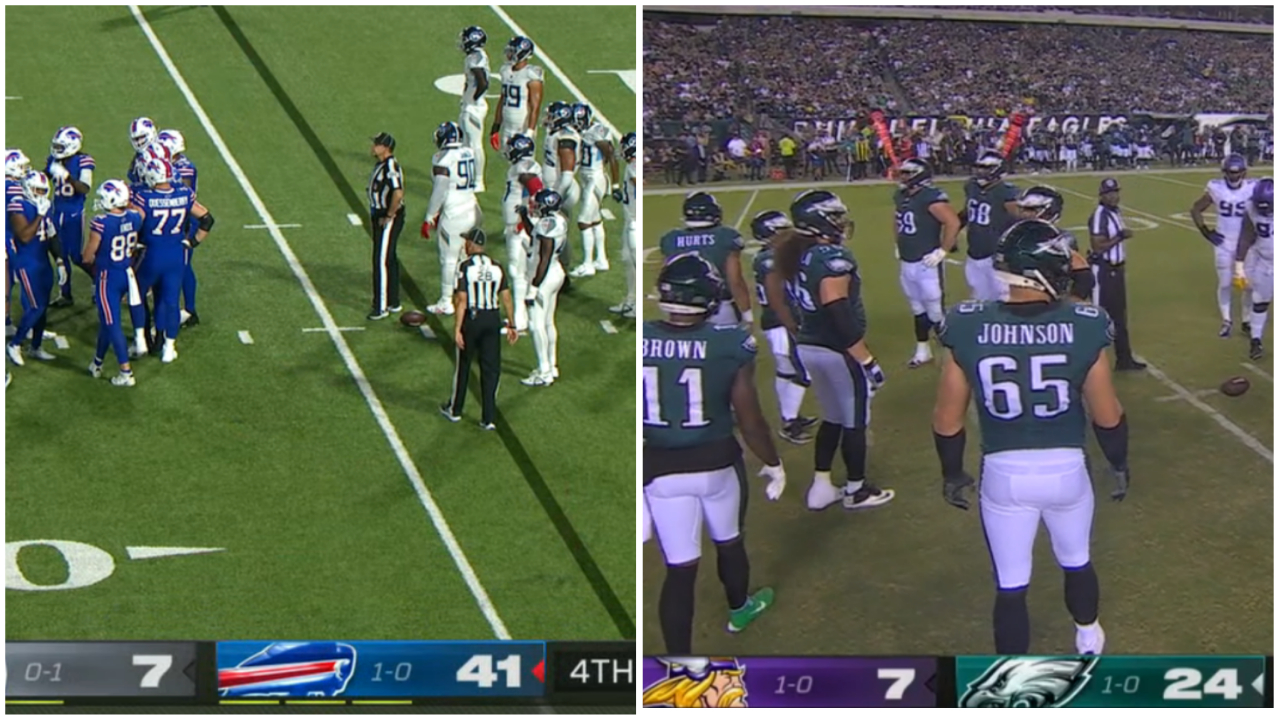 The NFL aired two Monday Night Football games, and they were both terrible.

On Monday Night, ESPN aired a doubleheader that overlapped with each other as an experiment.

So, why are we getting a doubleheader in Week 2 and why did we only get one Monday-night game in Week 1?

There are a few reasons. For starters, tonight is a little bit of an experiment for ESPN. Next season, the network will air three Monday-night doubleheaders. But the start times for next season’s doubleheaders haven’t been established. ESPN could opt to have overlap games like tonight or they could go back to the 7 p.m./10 p.m. doubleheader that it has aired for several seasons on the opening Monday or it could decide on an entirely different start structure for the two games. It could also air the three doubleheaders at three different times.

Unfortunately for ESPN, Ryan Tannehill and the Titans absolutely stunk it up against the Bills.

Things were so bad for the Titans that Tannehill got pulled early in the fourth quarter for Malik Willis.

Over on ABC, the Eagles put a beatdown on the Vikings, and the game was basically over by halftime.

NFL fans reacted to ESPN striking out on both Monday Night Football matchups.

“Two Monday night games and I get to sleep early because they are blowouts.”

Two Monday night games and I get to sleep early because they are blowouts. pic.twitter.com/xxjHlq96qi

“When you have two Monday night blowouts you have none.”

When you have two Monday night blowouts you have none.

Two Monday Night Football games and they are both garbage!!! #MNF #NFL