NFL Fans React To Matthew Stafford Saying He’s “Having A Blast” In L.A. When Asked About Detroit 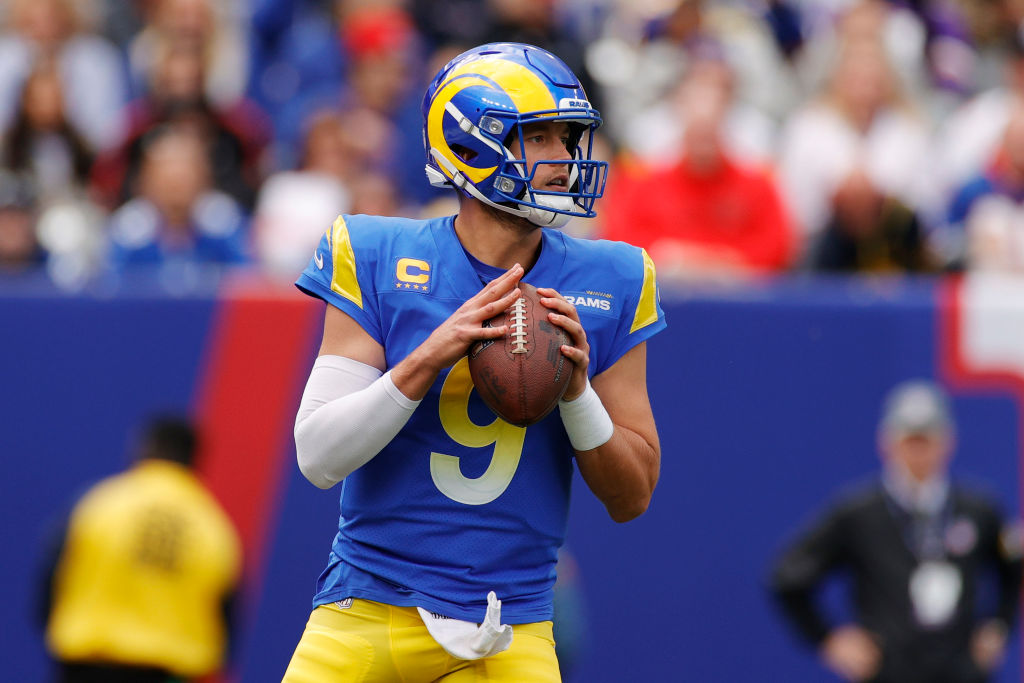 Los Angeles Rams quarterback Matthew Stafford will face the Detroit Lions on Sunday in Week 7 of the NFL season for the first time since he was traded to LA. As I’m sure you’re well aware, Stafford spent 12 seasons with the Lions and was an absolute workhorse, appearing in all 16 regular-season games in 9 of his 12 seasons with Detroit.

The Lions and Rams swapped quarterbacks with Jared Goff moving to Detroit and Stafford going to Los Angeles. When news of that trade first broke, Lions fans were heartbroken that their team had just squandered 12 years of a brilliant quarterback’s career with nothing to show for it. Then there were jokes about how much better LA is as a city than Detroit, a subjective opinion many echoed on social media.

Ahead of Sunday’s Week 7 matchup in Los Angeles between the Rams and Lions, Matthew Stafford was asked to compare life in Detroit and Los Angeles. He mostly declined to elaborate but stated: “As far as comparing it to Detroit, I’m not gonna do it. I loved my time in Detroit. I loved all of my experiences – some of them were tough, but they helped mold me.”

Matthew Stafford ahead of facing the Lions: "I'm extremely happy to be here."

"As far as comparing it to Detroit, I'm not gonna do it," he said. "I loved my time in Detroit. I loved all of my experiences – some of them were tough, but they helped mold me." pic.twitter.com/hGwbGe817Y

This kicked off another flurry of Detroit vs. Los Angeles comparisons as NFL fans were quick to react to Stafford’s comments on Twitter. Lions fans still overwhelmingly support Stafford these days but fans from elsewhere seem to feel the need to compare Detroit to other cities:

Matthew Stafford says the fact that some Lions fans are excited about his success in LA is a testament to the kind of people that live in Detroit.

Love my boy. Hope he wins an MVP(s) and a chip or two. He deserves it more than any QB in the league.

I'm not saying Stafford is lying, but, literally no one has ever loved time in Detroit https://t.co/TtGLBepJbs

How could any lions fan NOT love this guy???!

Matt Stafford loved Detroit. We loved him back. His wife Kelly…let’s say there is no love lost between her & Detroit fans.

He enjoys winning. What a surprise

Stafford is 5-1 through 6 weeks in his first season with the Rams. Los Angeles has a team that’s currently well-suited to make a deep run in the playoffs so it’s not as if Stafford came in with nothing to work with, the Rams are stacked.

Currently, the L.A. Rams are 15.5-point favorites against the Lions but the Lions are getting +650 on the moneyline right now for anyone out there who’s feeling a little dangerous.

On the other side of the field, there’s also this drama happening right now:

Goff said he appreciated Rams coach Sean McVay saying he could have better handled the lead-up to the trade that sent Goff to the Lions for quarterback Matthew Stafford.

“It takes a man to say something like that,” Goff told Detroit reporters. https://t.co/rhwOA67ikF pic.twitter.com/0q5lGI0gr0

I think it goes without saying but this weekend’s game is going to be incredibly entertaining.