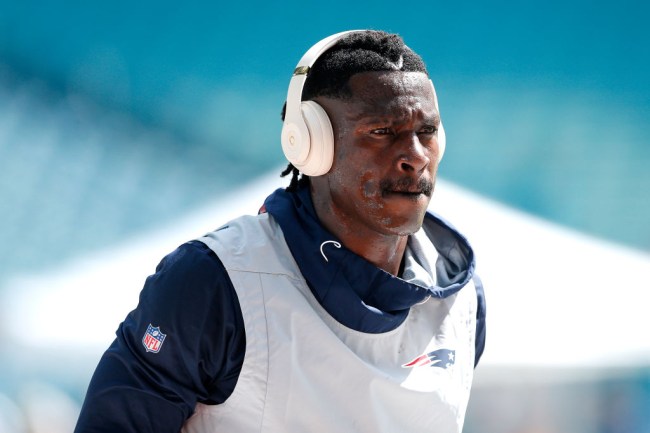 Antonio Brown found himself without a home in the NFL yet again a few weeks ago when the Patriots informed him they’d decided to explore some other options—options that didn’t have multiple sexual misconduct allegations hanging above their head.

The wide receiver has made it very clear he intends to return to the league as soon as he can, and on Tuesday night, he posted a hype video to prove he hasn’t forgotten how to catch balls and run routes in case teams needed a reminder he still knows how to play football.

However, it’s become increasingly unclear whether or not the league actually wants AB back, and while I don’t know if it’s accurate to say Brown is being blackballed (as he previously claimed before walking things back) it doesn’t seem like the NFL is in any hurry to conduct an investigation into the accusations levied against him.

It’s been almost two months since Brown’s former trainer Britney Taylor came forward to accuse him of some very questionable behavior on multiple occasions, and while she reportedly spoke with NFL officials for upwards of 10 hours, they still hadn’t reached out to Brown as of last month.

However, it now looks like the stalemate could soon come to an end, as Josina Anderson reports the NFL is planning on sitting down with Brown on Wednesday to formally address the situation.

I'm told Antonio Brown is currently scheduled to meet w/ the NFL in person next Wednesday, at this time. My understanding is Brown is eager to present his side & that there r teams still interested in signing him pending the resolution of the league's investigation, per sources.

The news came out shortly after we learned Brown had been formally served to testify in relation to the allegations put forth by Taylor, which are currently being treated as a civil manner.

As Anderson notes, there are a number of teams that are still interested in pursuing Brown but his status is currently in limbo, as he’s serving what many view as a de facto suspension as the NFL tries to figure out exactly what the hell is going on.

I eagerly await the tweetstorm that’s almost assuredly about to come our way.