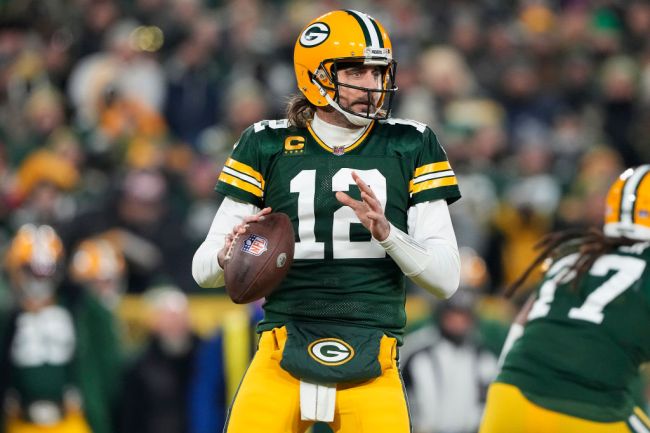 Aaron Rodgers gave Green Bay Packers fans plenty to worry about this offseason. He considered retirement. There was a chance he could play elsewhere. Then the Packers would have been stuck with Jordan Love as their starting quarterback.

Luckily for the Packers, Rodgers chose to return, but one NFL insider isn’t so sure that will stick. Jason La Canfora released his bold predictions for 2022 and one of those predictions was that Rodgers would actually retire after next season.

Green Bay won’t be the same this season. He keeps losing more and more of his guys. Davante Adams is gone and his offensive line might be standing to look much different in 2023. Yes, walking away from another $60M guaranteed in 2023 sounds crazy to most of us. But I anticipate some real regression from this group and they will be in decline and this cat does his own thing and revels in it. Would it really be out of character to put the Packers through all this drama the last two offseasons just to hang it up in the middle of a new extension? And wouldn’t it be even more quintessential Rodgers if he did it after …

This would be absolutely wild to watch play out, but wouldn’t be too shocking after the Green Bay Packers once again failed to get Rodgers the offensive help he deserves.

However, it feels more likely that Rodgers would try to force his way out of Green Bay before retiring. Rodgers has had many questioning his ability to win big games in recent years and it doesn’t seem like anything short of a Super Bowl this season is going to put a stop to those questions.

If the Packers fall short, there should be a good chance that Rodgers would try to be moved to a team he believed he could win with and pursue a second Super Bowl ring before he’d take the retirement option.

No matter what, next offseason should get interesting for Rodgers and the Packers if their receivers disappoint or the team once again falls short of expectations.