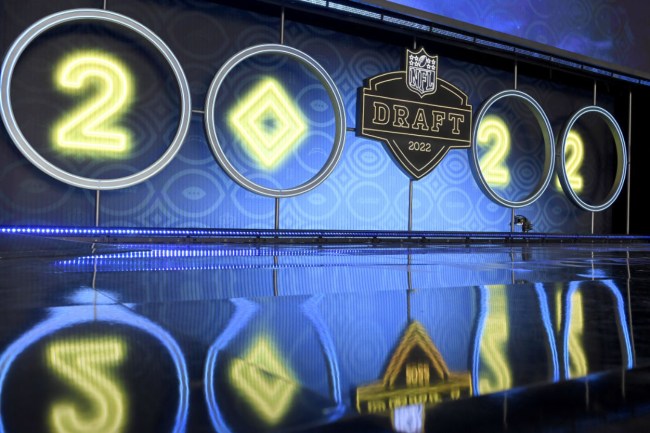 It took all but two picks into the 2022 NFL Draft for the league to get mad about something during the most drawn-out event in all of sports.

It’s no secret that the NFL sees the draft as a cash cow given the fact that the event seems to be extended by an hour each and every year. There are millions and millions of dollars to be had with sponsors both on-site and during the broadcast.

The draft is a fine-oiled machine working on a very precise clock, so when one team throws things off a bit, the NFL doesn’t exactly appreciate it.

In steps the Detroit Lions.

According to NFL insider Peter King, the Lions handed in their card to draft Aidan Hutchinson just one minute after the Jacksonville Jaguars took Travon Walker with the first-overall pick.

“We turned the card in so fast the league got mad at us,” a Lions official explained to King.

The NFL got mad at one of its franchises for handing in a card with a name on it too quickly.

The NFL Being Upset With The Lions Makes Zero Sense

The Jaguars, like every other team that’s ever had the first-overall pick in the draft, knew who they were taking before the draft even began. Nevertheless, the league forces the 10-minute clock to expire before the selection is announced.

The Lions of course knew who they’d be drafting immediately after Walker’s name was called, so they handed in their card.

What makes absolutely no sense in this scenario is there isn’t some sort of rule that states when the card is handed commissioner Roger Goodell has to run out on stage and announce the pick.

Just hold onto the card, build your 10 minutes of suspense, and proceed as usual.