In Head-Scratching Move, The NFL Just Made All Their Full-Time Officials Part-Time Employees Again 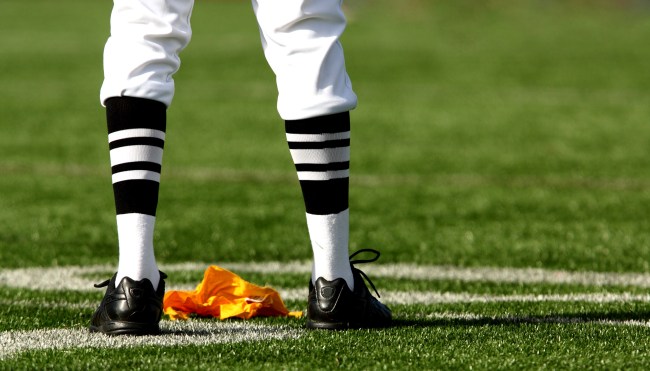 Despite being far and away the biggest, most successful sports league in the United States, the NFL certainly makes a lot of very puzzling decisions.

For instance, in the wake of the horrifically bad and very crucial non-pass interference call during last season’s Rams vs. Saints game, the NFL announced some changes to the pass interference rule for the 2019 season. As a result of these changes, many NFL players and coaches now say they have no idea how the rule is going to work.

In 2017, the NFL and the NFL Referees Association announced the hiring of as many as 24 full-time officials – definitely a step in the right direction towards making the officiating of games better.

Now, because of the current labor talks between the NFL and the NFLRA, the league has decided to pull that program off the table as the current NFLRA contract expires on May 31, 2020.

According to the ESPN report, “Full-time officials take part in rule development, competition committee discussions and offseason visits to teams. In return for full-time status and additional pay, those officials agree to prioritize NFL work above other occupations.”

In 2012, the last time the NFL and the NFL Referees Association failed to come to an agreement, the league used replacement referees for three regular season games. It did not go well.