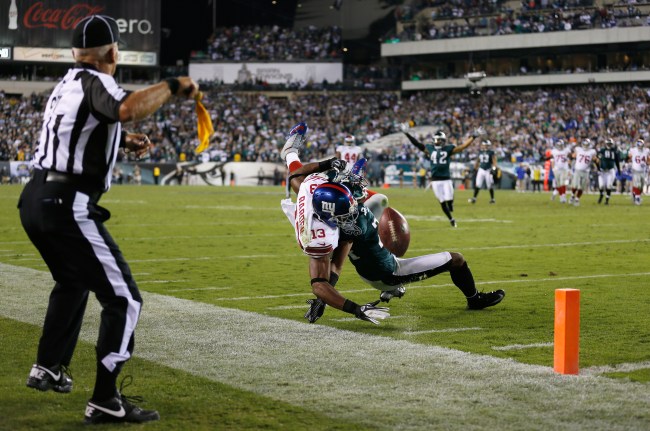 The NFL Competition Committee is currently reexamining the league’s rulebook, paying special attention to the impressively indefinite definition of a catch that has been the source of an endless amount of controversy in previous years. It appears the committee is making good on Roger Goodell’s promise to address the problem of no one having any idea what the fuck a catch actually is, but that might not be the only major change fans could be faced with when the season kicks off next year.

There are plenty of differences between the rules governing college football and the NFL, but one of the most notable departures is how each league treats defensive pass interference calls. In college, the most the offense can gain from a call is a 15-yard gain and a new set of downs, but in the pros, the ball is placed at the spot of the foul, which can result in some seriously game-changing calls… at least for now.

According to Judy Battista, the NFL may follow in the footsteps of the NCAA and put a cap on how many yards a team can gain if a receiver is interfered with while attempting to reel in a pass.

It might seem like a relatively minor change, but it could essentially revolutionize how teams approach their approach to defending the deep pass, as there would be little to no disadvantage to doing anything necessary to prevent a completion on a long throw that doesn’t have a chance of being contested cleanly.

According to NFL.com, the average DPI call resulted in a penalty of just over 18 yards during the 2017 season, but the league may also instruct officials to crack down on illegal contact closer to the line of scrimmage to give receivers a chance to get more separation in the first place.

As of this writing, they’re still figuring out a way to fix that whole “concussion” thing.