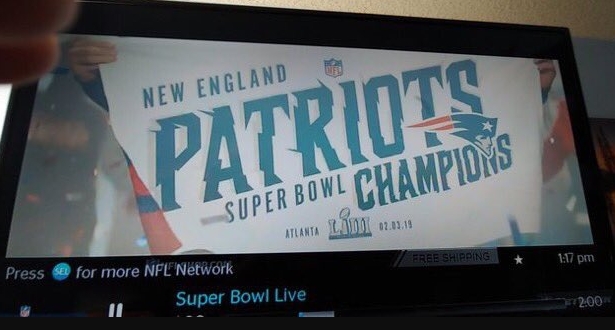 The NFL is fresh off the accusations that the refs purposely helped the Los Angeles Rams go to the Super Bowl. The Rams were able to beat the New Orleans Saints in large part to the referees blowing a pass interference call in the fourth quarter. Fans noted that four of the refs who were involved in the game lived in Southern California. The National Football League finds itself in another conspiracy theory after the NFL Network said the New England Patriots are going to win the 2019 Super Bowl.

The NFL Network accidentally aired a commercial congratulating the New England Patriots on winning Super Bowl LIII and offering championship gear for the Pats. The website Sports Gossip picked up on the strange proclamation and shared the questionable commercial that aired on Friday.

The commercial was probably scheduled to debut if and when the Patriots won the Super Bowl, but that’s not what happened. But this just adds fuel to the fire to the conspiracy theorists who say that the NFL is rigged.