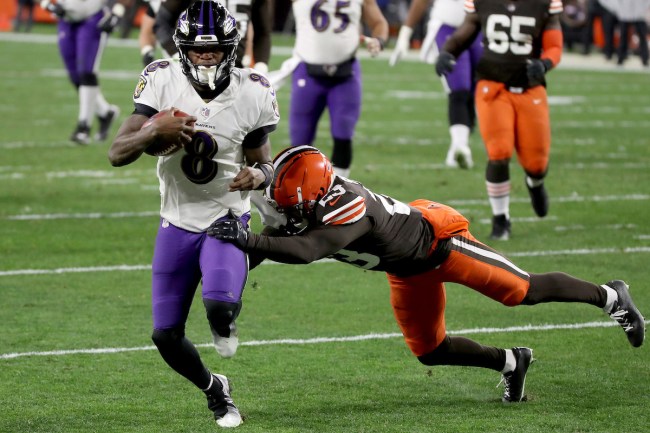 If NFL overtime feels unfair to you, you’re probably not alone. Sure, the league tried to change things up a few years ago — getting rid of the sudden death score rule that had existed — but the current rule isn’t all that better. That’s because it still kind of incorporates the “first to score a touchdown” idea.

As a refresher, the current NFL overtime rule is this, per NFL Operations:

The current rules give both teams the opportunity to possess the ball at least once in overtime unless the team that receives the overtime kickoff scores a touchdown on its first possession. In 2017, NFL owners approved shortening overtime in the preseason and regular season to 10 minutes from 15.

So, yeah, playing an extra period might seem exciting and all, but then you realize you’re at a major disadvantage if you’re the team that didn’t receive the kickoff, because a touchdown wins the game — just like in the good old days.

Enter the Baltimore Ravens, which, according to Pro Football Talk‘s Mike Florio, are doing something crazy this NFL offseason by submitting a proposal to change up overtime rules. Take a look at what the wild idea by the AFC North franchise reportedly is.

It works like this: One team picks the spot of the ball to start overtime, and the other team chooses whether to play offense or defense.

If the one team picks, for example, the offense’s own 20 yard line, the opponent would then choose whether to play offense from their own 20 or to play defense, with the other team having the ball on its own 20. This would minimize greatly the impact of the coin toss; under this proposal, the coin toss would be used only to give the team that wins the toss the right to pick the spot of the ball (along with the end zone to be defended) or to choose offense or defense.

Under one of the two proposals to be made by the Ravens, overtime would proceed in sudden-death fashion, with the first score by either team ending the game and up to 10 minutes of extra time. (If the game remains tied at that point, the game’s outcome would be a tie.) Under the other proposal (favored, we’re told, by Patriots coach Bill Belichick), the game would continue for another seven minutes and 30 seconds, without a sudden-death component. Whoever leads after the extra time has ended would be the winner. (Again, if the game remains tied after the extra session, the game’s outcome would be a tie.)

Now, the reported Ravens “spot and choose” proposal isn’t perfect, but, c’mon now, what is? But as Florio points out, there are two variations of this idea — one that includes sudden death (as OT games currently do), and one that would give a better opportunity for a winner.

Imagine getting an NFL overtime that’s shorter in length, adds a wild twist with a “spot and choose” format, and totally eliminates any sudden death. That’s amazing, and, hopefully, team owners realize this kind of stuff makes games more exciting and they vote on some sort of variation of the new OT idea this NFL offseason.