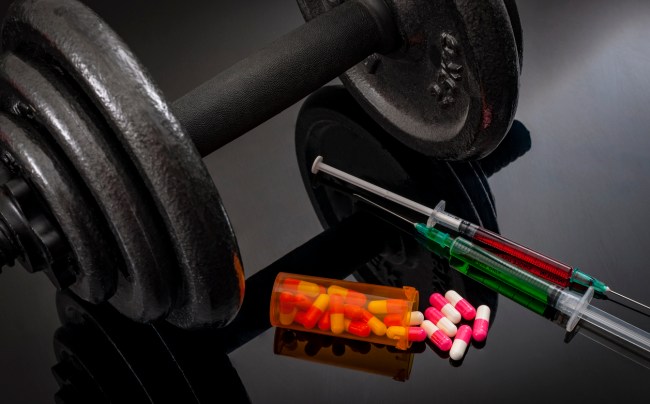 If you were a fan of hip-hop in the early 2000s, then you’re likely intimately familiar with the “Stop Snitching” movement that quickly swept across the world of rap during the era. Originating in Baltimore, the phrase quickly caught on before becoming the unofficial slogan of the ever-entrepreneurial Dipset crew, who made a killing making shirts emblazoned with a slogan encouraging people to keep their mouths shut when it came to implicating others in crimes— especially if you were selling out your accomplices in the hopes of avoiding a harsher punishment.

15 years later, the NFL is taking some inspiration from the campaign, only their version is a little bit different. According to Pro Football Talk, the league has implemented what is essentially a “Start Snitching” policy aimed at players who have tested positive for PEDs. For the low, low price of potentially ruining another person’s career, athletes will have the chance to reduce their own suspensions if they decided to rat out other people trying to skew the playing field.

“The NFL Management Council may, prior to the conclusion of a Player’s appeal, reduce the length of the suspension and corresponding bonus forfeiture by up to 50% when the Player has provided full and complete assistance (including hearing testimony if required) to the Management Council which results in the finding of an additional violation of the Policy by another Player, coach, trainer or other person subject to this Policy.”

In theory, this could result in a chain reaction of players snitching on others until all steroid users are eradicated from the NFL forever. However, in practice, it would appear to encourage athletes to implicate others who may have had a hand in their positive PED test or bring institutional issues to the league’s attention.

Maybe someone should tell Julian Edelman about this new development after his appeal was denied.