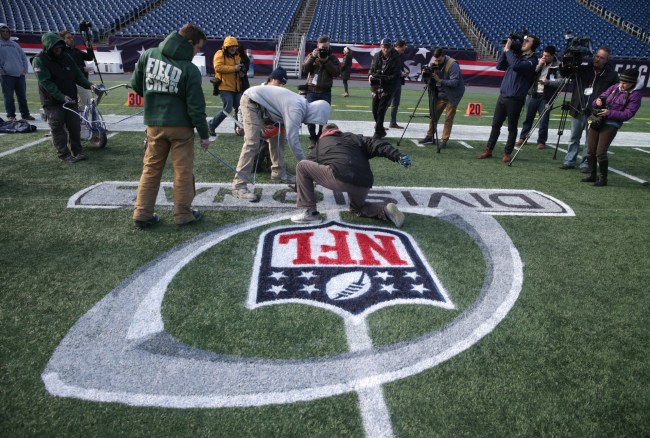 The NFL Playoffs might still be a few months away, but that doesn’t mean that the league still isn’t trying to figure out the proper format to try and decide a Super Bowl champ. In this most uncertain season, and as the pandemic continues to impact both teams and games, the NFL is doing its best to adjust on the fly and keep things as “normal” as possible. The most recent example of this is related to the postseason, as the playing field could see an expansion as a coronavirus contingency plan depending on what happens the rest of the regular season.

According to Chris Mortensen of ESPN, the league’s competition committee is expected to decide on a 16-team playoff scenario for this current season. That’s as a backup plan should more games be lost due to the impacts of COVID-19.

The contingency plan — which could become more likely as bye weeks disappear — would feature eight playoff teams from each conference.

As it stands right now, the NFL Playoffs will have a total of 14 teams (seven from each conference), with the top seed from both the AFC and NFC getting byes this year — which was a decision made over the offseason. That’s a change from the past, where the top 12 teams reached the postseason, with the two teams with the best records in each conference getting an extra week off during the Wild Card Round. Adding a total of four more teams from the playoff setup from last season seems crazy, but, hey, football fans are probably all for it.

Of course, this new NFL Playoffs format is more of a backup plan than anything else, but it does at least open up the possibility that teams who thought they were out of contention could suddenly be thrust back into the postseason picture. It also means there’s less emphasis on the top seed, as the ESPN story outlines there wouldn’t be a bye week any longer.

With so much uncertainty still going on because of the pandemic — and the league examining all avenues to figure out the best way to get the top teams into the postseason — this latest idea could end up having 50 percent of the league’s teams reach the playoffs. That’s some March Madness kind of craziness, and, if approved, should have fans even more excited to watch how this year unfolds.