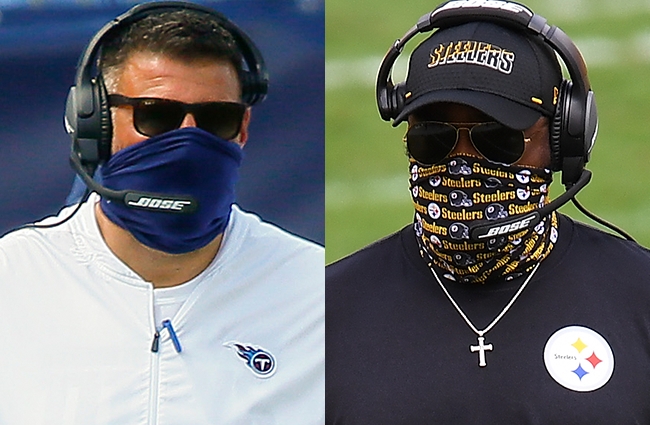 When Major League Baseball decided to go ahead with its season without enacting the comparatively extreme bubble strategy the NBA and NHL harnessed to continue theirs, it seemed like it was less of a question of if teams would fall victim to COVID-19 and more of a matter of when it was going to happen.

Well, it’s safe to say it didn’t take long, as the Marlins saw an outbreak hit the clubhouse less than a week after things kicked off thanks to players who reportedly made the sage decision to go out and party in Atlanta in the midst of a pandemic. While they were the first franchise to be impacted, they were far from the only one to experience setbacks over the course of the abbreviated slate of games but the league was ultimately able to make it to the postseason and is thankfully still going strong.

Of course, part of the reason the NBA and NHL were able to make the bubble work is that the secure environments they constructed were primarily used to host playoff games as opposed to the entirety of the season, which was a major factor in why the NFL declined to go down the same path. While the league has put plenty of measures in place to promote health and safety, John Harbaugh voiced what everyone was thinking when he said it’s “humanly impossible” to play football while simultaneously adhering to the guidelines (although his decision rip off his mask to yell at a ref wasn’t exactly helpful).

As a result, it seemed inevitable that the NFL would end up falling victim to the current situation at some point, and even though it managed to weather the storm longer than the MLB did, COVID officially came-a-knockin’ this week after multiple members of the Titans tested positive and forced the team (in addition to the Ravens squad they faced off against over the weekend) to suspend all in-person activities.

Tennessee was scheduled to face off against the Steelers on Sunday, and after rumors began to swirl that the contest may be postponed, multiple sources have revealed that will indeed be the case and say the league is currently hoping to reschedule the showdown to Monday or Tuesday.

The #Steelers and #Titans will play either Monday or Tuesday, source said. So, being postponed, but not for very long. https://t.co/Xu0SoD2ZpO

This might be the first domino to fall but it almost certainly won’t be the last so here’s to hoping we can avoid a V For Vendetta situation where the season ultimately blows up in a spectacular fashion.