A Fourth Titans Player Tests Positive, Sunday’s Game Against Steelers Could Be Moved To Monday 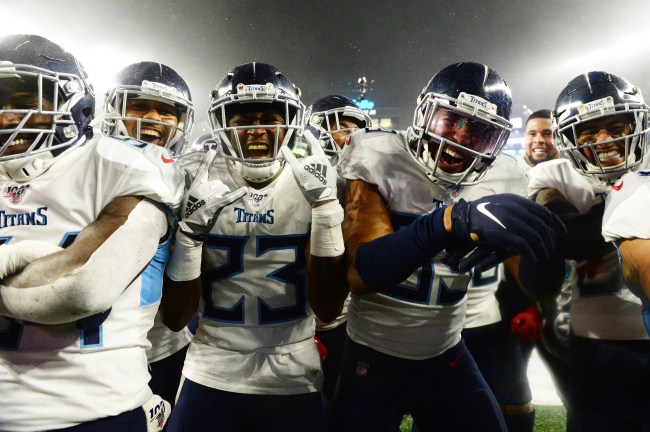 On Tuesday, news broke that the Titans had received a total of eight positive COVID-19 test results; three player positives and five personnel positives. As a result, both the Titans and Vikings, who hosted Tennessee this past Sunday, suspended in-person club activities.

After another round of testing, ESPN has reported that an additional Titans player, unnamed at this time, has tested positive. The NFL found that no additional close contacts with the positive players have tested positive while testing hasn’t yielded a positive test for Minnesota.

Tennessee has closed its team facilities until Saturday, which creates quite the situation seeing as how the Titans are scheduled to host the Steelers on Sunday at 1:00 PM EST. The plan as of Tuesday was to play the game as scheduled on Sunday, but one of the contingency plans in place is to move to the game to Monday night.

NFL wants to and intends to play the Titans-Steelers game as scheduled Sunday; one of the contingency plans to allow for additional testing and contact tracing to occur would be to move the game to Monday night, per source.

Players and personnel testing positive throughout the NFL season was inevitable, which is exactly what commissioner Roger Goodell said in a statement on Tuesday. Now, the tough call for the league turns into whether or not, or when exactly, the Titans – Steelers matchup will take place.

One positive worth noting is that with no close contacts testing positive, it appears that the NFL’s isolation procedures are working.

UPDATE: Per ESPN’s Dianna Russini, the Titans-Steelers game has been postponed and could be played on Monday.

Sunday’s game between the Steelers and Titans is being postponed per multiple sources. They are considering all options to reschedule, Monday night as one of them. This will all be based on test results.