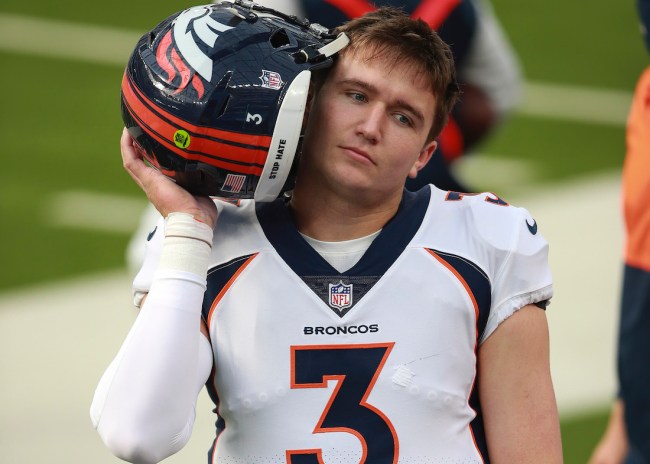 Being an NFL quarterback is a tough task, with only 32 guys on the planet capable of holding down such a prestigious job title. If it were easy, guys like Johnny Manziel, Ryan Leaf and JaMarcus Russell — all former first-round draft picks who completely flamed out — wouldn’t have had such brief careers.

That said, one of the favorite pastimes of analysts and fans is ranking each QB, well, pretty much all the time. Who are the top signal-callers in the league right now? Which ones are the worst? Which ones are rising stars? Who seems past their prime? It makes for fun fodder and creates healthy debate.

With the NFL offseason in full swing and training camps just a couple months away, the folks over at PFF.com decided to put together their ultimate rankings of every starting NFL quarterback as the 2021 NFL season approaches. Now, these aren’t set in stone — after all, it’s based off prestige, past performances, stats and the current roster for each team — but if you’re a fan of teams like the Broncos, Jets or Dolphins, well, you might not be too optimistic about what’s in store.

That’s because, per the PFF.com rankings, those three teams have the three most incapable starting NFL quarterbacks right now, with Denver’s Drew Lock being touted as the worst. Yikes. Here’s what PFF had to say about the former second round pick.

The reason the Broncos acquired veteran quarterback Teddy Bridgewater to compete with Lock for the starting job is because Lock had the 32nd-ranked passing grade (63.4) out of 36 qualifying quarterbacks. He must find a way to clean up his 23 turnover-worthy plays and make better decisions. Lock shows promise at times — he had the eighth-best passing grade (92.3) when throwing between 15-20 yards and executing play-action pass. The leash won’t be long. If given the opportunity, Lock has to play consistently and smart for Fangio to stick with his young quarterback.

So, yeah, maybe Broncos’ fans should temper their expectations when it comes to next NFL season — especially if Lock ends up winning the starting QB job.

On the flip side of the NFL quarterback rankings are names like Patrick Mahomes, Tom Brady and Aaron Rodgers, who rank as the top-3 passers by PFF.com. Here’s a full list of all 32 teams below.

Again, none of this should be taken as sheer facts, but, man, some of these NFL quarterback rankings are a little surprising. Like, how’s a rookie like Trevor Lawrence — who has yet to take a snap in the league yet after being taken No. 1 overall in the 2021 NFL Draft — ahead of guys like Jimmy Garoppolo, Carson Wentz, Jameis Winston and Jared Goff, who, while all have been inconsistent over the past few years, have at least seen some success.

Bottom line is this: These rankings are fun for debate, but shouldn’t be taken too seriously. Then again, it’s hard to argue with some of the bottom-feeders on this list, so maybe a few fanbases should be concerned about how pathetic their passing game might be during the upcoming NFL season.