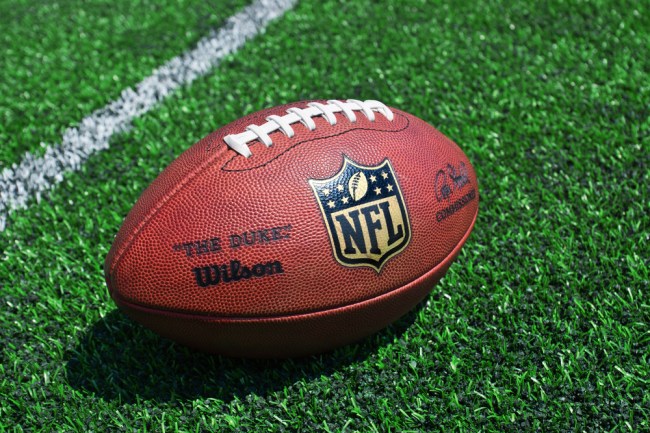 Editor’s Note: Welcome to Sports Finance Brief, a new daily column we’re running here at BroBible breaking down the day’s biggest stories in sports finance. It comes to us via our friends at JohnWallStreet, a new sports finance e-mail newsletter worth subscribing to. Here’s what you need to know today…

The NFL saw an 8% decrease in TV viewership during the 2016 season and ad buyers are projecting additional losses during the 2017 season. A Variety survey of commercial ratings projections (taken from the 3 top media buying agencies) indicated that fewer people are expected to watch commercials live during NFL games and within the 7 day period following the broadcast, than last season. While some believe the NFL has peaked, its games still draw higher ratings than just about anything else on television.

Howie Long Short: A drop in ratings means less ads to sell. Broadcasters promise ad buyers a number of impressions. If they fall short, they use future ads as “makegoods” to offset the difference. Needless to say, those are ads that can’t be sold to other buyers.

Fan Marino: For the first time in 25 years the NFL isn’t rapidly growing and the league’s owners are looking to give the Commissioner a 5 year contract extension through 2024. Why now? Who else is paying him $35 million/year?

Instagram (FB) has announced a new feature, to be introduced globally within the next few months, that is going to enhance sports broadcasts for fans. Tentatively known as “live with”, the newly developed feature will give broadcasters the ability to provide a viewer with the option to join the broadcast, as a co-host, in a split screen fashion. Real world applications for the technology include the ability to conduct remote interviews, to provide unique camera angle/view options and to connect players with fans/influencers.

Howie Long Short: Networks can save millions of dollars/year by broadcasting games remotely. Is this the first step to fan acceptance?

Fan Marino: Which broadcast network is going to be progressive enough to “live with” the Bills Mafia during their NFL pregame show?

YogaWorks (YOGA) finally made its public debut, pricing 7.3 million shares at $5.50/per, while raising $40.2 million in the process. The company had previously tried and failed to sell 5 million shares at $12-14/per, citing “market conditions” while postponing its July 20th scheduled debut. While those bullish on YOGA cite a subscriber base that is 40% millennials and has 60% earning $75,000 or more, the nationwide yoga chain has posted net losses two years in a row. In the filing, the company which currently owns 50 studios, announced it is in deep negotiations on 14 more at a cost of $5-6 million.

Howie Long Short: “Market conditions” is code for lack of interest. In this case, the shares were simply overpriced.

Barclays Center owner Mikhail Prokhorov is pressuring the Islanders to play a significant portion of their games during the 2018-2019 season at the Nassau Coliseum. Prokhorov, who also owns the Coliseum, is working to avoid defaulting on a contract signed by former owner Bruce Ratner, that guaranteed a professional hockey team would play at the recently renovated arena, in exchange for a contract to manage the facility. Negotiations are ongoing as the Barclays Center, which currently hosts the Islanders, is eager to get out the back-breaking deal that costs $55 million/year in guaranteed payments to the team, while the Islanders are looking for increased flexibility in the lease. The NHL has not announced if they would allow regular season games to be played at the Nassau Coliseum.

Howie Long Short: When stadiums/arenas sit vacant, they lose money. It’s unfathomable to think that the Barclays Center is actually better off without the Islanders playing games there.

Fan Marino: The site lines at the Nassau Coliseum were among the best in the NHL. Fully supportive of this move.

NEBRASKA SIGNS 11 YEAR DEAL WORTH $128 MILLION WITH ADIDAS; LARGEST CONTRACT EVER AWARDED TO AN ADIDAS SCHOOL

The Nebraska Board of Regents approved an 11-year deal worth $128 million ($64 million in cash, $64 million in apparel and equipment) to remain with Adidas (ADDYY). The new contract, the largest ever for an Adidas school, pays out $2.5 million more in cash and $1.6 million more in product, than the previous did in its first year. The school, which has been with Adidas since 1995, did not receive offers from Nike (NKE) or Under Armour (UA).

Fan Marino: Nebraska signed with Adidas in 1995. ’95 Nebraska was among the best teams of all time. Coincidence?