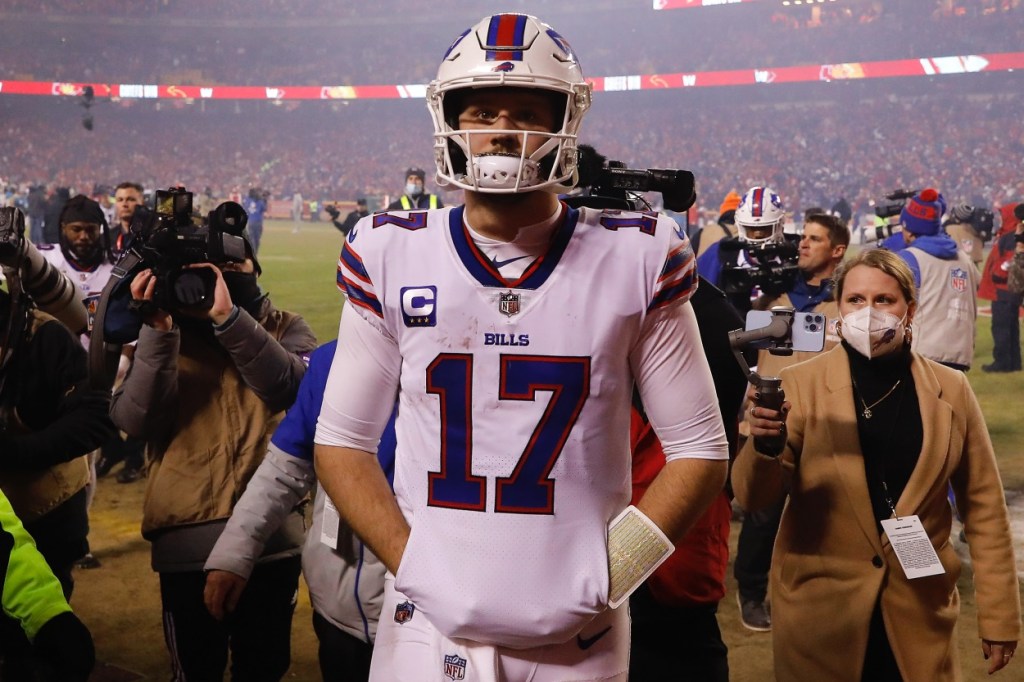 The NFL’s overtime rules are arguably the most talked about thing in football after Sunday night’s deflating loss to Josh Allen and the Buffalo Bills. Their offense was indomitable and anyone watching that game against Kansas City knew they deserved a chance on offense.

I am very pessimistic the NFL will change their overtime rules despite it being in their best interests. Do you know what the NFL loves more than anything else? More football. It’s why they added a 17th regular-season game, it is why they expanded the NFL Playoffs from Wild Card to SUPER Wild Card Weekend. But the NFL’s owners also operate like toddlers. If you tell them you want them to do something they refuse without giving you any good reason. They know the rules suck but they won’t change them just because we want them to, they want us to know they’re in charge.

A report today in the Washington Post suggests the NFL’s owners will soon re-examine its overtime rules but it also sets up the reasons why any proposed changes could already be doomed. It also specifies that there’s virtually no shot of anything changing in the regular season.

Report: The NFL Will Soon Re-Examine Its Overtime Rules

One source told Mark Maske of the Washington Post “I don’t see it changing for the regular season. I think you’ll probably see consideration of it for the postseason” and a second source with insider knowledge added “It will certainly be discussed, as it has been almost every year.”

The Kansas City Chiefs proposed an OT rule change in 2019 after losing the AFC championship game to the New England Patriots. Current rules stipulate that if the first team on offense scores a touchdown the game is over, if they score a field goal the other team gets a rebuttal. Previously, the OT rules stipulated the game would end if the first team scored a field goal. These rules are trash.

In the NFLL Playoffs, teams that win the coin toss and receive the ball first in overtime win the game 90% OF THE TIME.

Playoff teams having a 90% win rate in OT if they win the coin toss — and 70% of those wins coming from opening drive TDs — is a problem.

Why The NFL Won’t Change Its Overtime Rules

The NFL has plenty of excuses for why it won’t change the overtime rules with the most prominent one being ‘injury risk’. And proponents of keeping the NFL overtime rules the same argue that all the Defense needs to do in order to get their offense the ball is make a stop. And the NFL also apparently doesn’t see a problem because the ratings get better and they make more money….

“There’s a health and safety aspect,” one of the people with knowledge of the deliberations said this week. “There’s a ‘next game’ aspect. There’s the aspect of keeping special teams in it, keeping field position in it.”

There’s also the question of how motivated the league and owners will be to fix something that’s not necessarily broken, from a business perspective. The Chiefs-Bills game had a dramatic ending. The game averaged 42.7 million viewers on CBS, according to CBS Sports. Viewership peaked at 51.7 million. It was the most-watched divisional-round NFL playoff game on any network since 2017. (via WaPo)

Football fans desperately want NFL overtime rules changed. No fan should have to watch their team lose in overtime simply because they lost a coin flip and never got the chance to try and score. Each team’s offense and each team’s defense deserves a shot on the field in OT.

The last time a change to the NFL overtime rules was proposed (by the CHiefs) it was so unpopular it didn’t even get brought to a vote by the owners. They simply DGAF what football fans want or care about as long as people continue to watch the games.