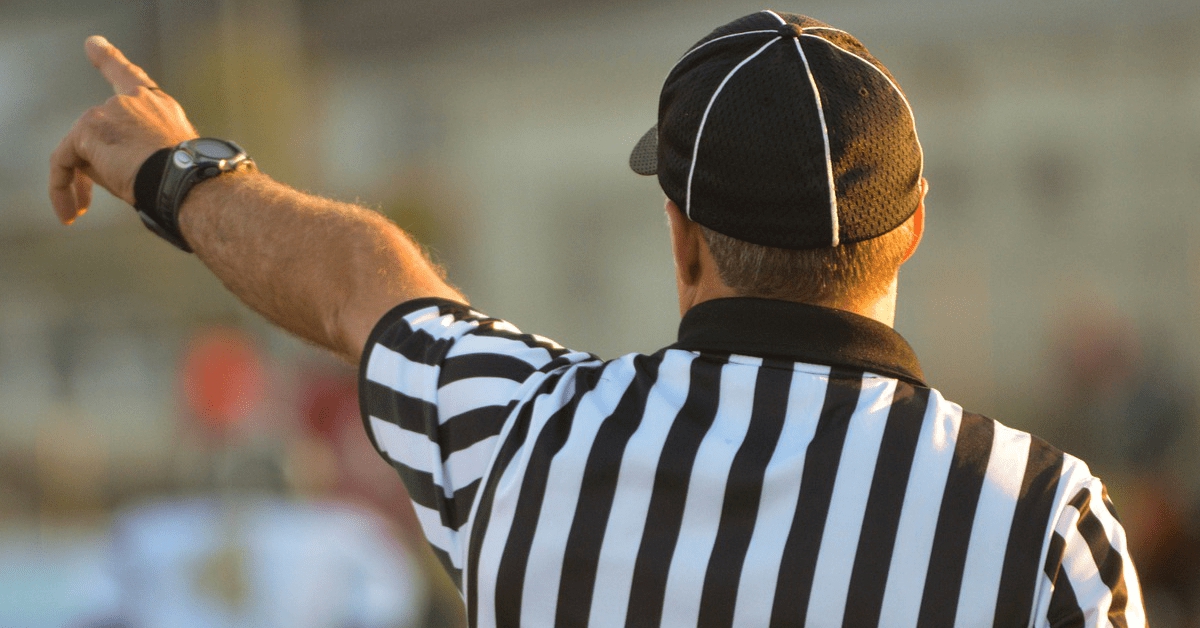 Jeff Triplette, a long time NFL referee, is retiring after some extremely questionable calls in the recent Titans-Chiefs game.

Triplette is famously know for hitting Brown’s offensive linemen Orlando Brown in the eye with a penalty flag and temporarily blinding him. Triplette, in all honesty, has been a shitty referee for a long time. Jeff, an Army veteran, joined the league’s officiating department in 1996 as a field judge and became a full-on referee in 1999.

After the 1999 blinding incident , Triplette went on to be a disliked but well-graded referee. Triplette’s 2013 mishap in the final two minutes of the Bengals-Colts game lead to a centralized video review system. Triplette has also given us beautiful moments like this:

All-in-all Jeff Triplette is supposed to be a really nice guy and should be respected as a veteran who was awarded the Bronze Star for actions in the Persian Gulf War. As for Jef Triplette the NFL referee? He has been mercilessly destroyed and it’s completely fair because he’s been incredibly shitty.

Just days ago, Jeff blew multiple calls in the Wild Card game between the Titans and Chiefs. When asked about some missed calls after the game, Jeff dodged logic and proof like he was in the fucking matrix. Just look at what some people have said about Jeff’s officiating performances:

I've often said nobody who isn't elected is less competent at their job than Jeff Triplette was at officiating for such a prolonged time. NFL got better with his retirement.

Triplette rides off into the sunset with one last mind-boggling call. Respect to the king. https://t.co/hAAWok1bcu

Horrible way to start the playoffs. I hate to say it but this was not a good performance by the crew. Teams and fans deserve better.

Triplett basically blew the play dead at the instant that contact was made with @MarcusMariota18. I’m not sure this is why the “forward progress rule” was instituted.🤔 https://t.co/Q6HAfRAnHY

So far with Jeff Triplette:

Jeff Triplette is the “very stable genius” of NFL officials.

I have no answer for the continuing existence of Jeff Triplette in stripes, but I did knock out 500 words of perspective on incompetence. https://t.co/lYD6OKphX9