QB Salaries Have Gotten So Out Of Control That There Might Be A Separate NFL Salary Cap Just For Signal-Callers, Per Report 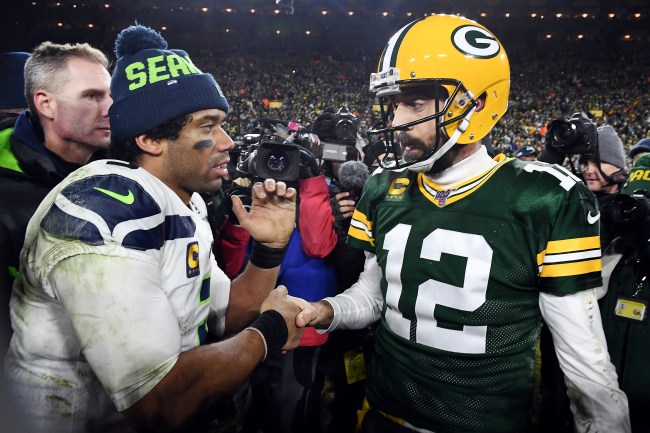 The NFL salary cap is put in place to help teams spend evenly so not to stockpile a bunch of great, overpriced players on one roster. As we’ve seen in the MLB with teams like the Yankees, Red Sox and Dodgers, when a superstar is available as a free agent, those franchises are often the most-linked to him due to the spending power they have — which is why a team like the Yanks can drop $324 million on a player like Gerrit Cole. Thankfully, the NFL doesn’t allow such a model, which creates more parity and levels the playing field each season.

With the league’s Collective Bargaining Agreement (CBA) set to expire after this upcoming 2020 season, the NFL salary cap could be getting a bit of a facelift — which would be designed to help teams even more when it comes to keeping their franchise players; the quarterbacks.

As we all know, a franchise quarterback is the most coveted position in all of pro sports, with teams having one in place typically set to stay competitive for much longer than those without one. Just look at the Kansas City Chiefs, who just won Super Bowl 54 with second-year starter Patrick Mahomes — who’s set to cash in in the next year or so with a lucrative (and, most likely, record-breaking) contract.

Given the absurdity of quarterback contracts, which have risen every single year over the past decade or so, the league is reportedly starting to wonder if it makes sense to have a separate NFL salary cap just for the most important position on the field. That’s according to ESPN’s Jeremy Fowler, who detailed what he’s hearing from sources as the league begins conversations about a new CBA.

.@JFowlerESPN says that NFL owners have discussed having a separate salary cap for QBs in next CBA. Says it’s unlikely to happen but I hadn’t heard that before? pic.twitter.com/tj7tl09A7u

This is a pretty genius idea from the league. However, as Fowler points out in the video above, it will be difficult to get done because of the complexities of the NFL salary cap — which is already difficult to understand and for teams to maneuver. But, given the emphasis on having a franchise quarterback, giving teams more money to spend on that specific position is at least worth discussing.

Let’s face it, every single team has to make difficult decisions each offseason based off of the salary cap number at the time. We’ve seen future Hall of Famers at numerous positions be cut to save money to sign a quarterback — like Richard Sherman and Earl Thomas in Seattle in order to allocate more cash to Russell Wilson. While this has always been part of the league, it’s smart that the NFL is at least analyzing what a separate salary cap for just passers would look like. Who knows if it actually comes to fruition or not, though.