The NFL Season’s In Flux, So The League’s Reportedly Considering Asking Players To Give Back Salaries 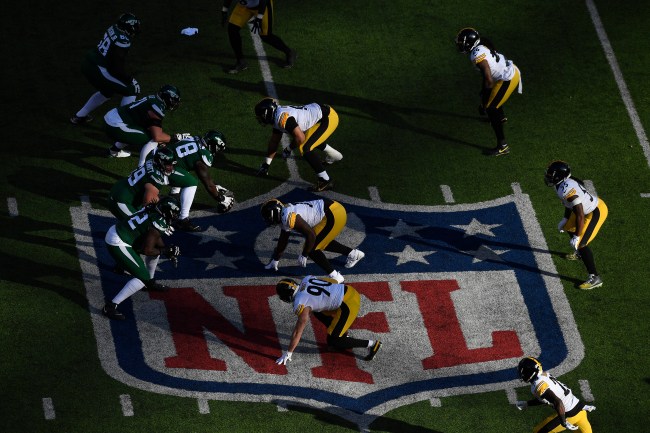 With the NFL season under a dark cloud of uncertainty due to the ongoing pandemic (yeah, that’s still a thing), there are plenty of ways that the league is trying to plan ahead for the possibility of fans not being in the stands. Naturally, if fans can’t come through the turnstiles at games, revenue will drop significantly — with some projections being over $3.2 billion league-wide in lost earnings. That amount of loss would impact the salary cap dramatically.

Per Peter King in a recent MMQB for Sports Illustrated.

Two teams estimated to me that, on average, NFL clubs would lose about $100 million apiece in local revenue if the season was played without fans in the stands.

Of course, the union will come into play on these decisions, and the first place would be connected to the salary cap. If the season went on without fans, and that $100 million figure is a ballpark reality (making the losses $3.2 billion league-wide), we’d be talking about a $48 million hit on the salary cap. In that scenario, the league and union would likely work together to “smooth” the cap (spreading the cap decrease over multiple years instead of dropping it by the full amount in one season), perhaps by borrowing from the benefits money or future years. But that, obviously, would have an impact down the line. And it wouldn’t be surprising to see it slow negotiations with big-ticket players in the coming months, with so much uncertainty ahead.

Seeing as how that would be a major problem for all NFL teams, as well as have a major impact on the salary cap, the league is reportedly considering something we’ve seen happen in other major sports: salary paybacks for players.

According to Pro Football Talk, via NFL Media, if the NFL schedule is played without any fans in the stands, players may be forced to take a hefty pay cut — which, undoubtedly, wouldn’t go over too well with the NFLPA. But because the salary cap could find itself falling due to decreased revenue, asking players to play a full schedule with trimmed base salaries is being reportedly being explored.

According to a report published by NFL Media, unnamed people within the league are hoping to trim players’ base salaries this season to account for lost ticket revenue, rather than wait until next season.

The NFL is hoping to avoid the kind of labor strife that Major League Baseball is going through right now. MLB and its players’ union are so far apart on an agreement about how long this pandemic-shortened season will be, and how much of their salaries the players will collect, that some observers fear there will be no baseball season at all.

Although some fear that MLB could see its 2020 season cancelled because of the gap between the players and the owners about reduced salaries, NFLPA Executive Director DeMaurice Smith has said he thinks the NFL season will be safe, and, per PFT, “puts the chances of the NFL having a season at six or seven on a scale of 1-10.” Let’s hope it’s better than that, even if it does mean reduced salaries for players given the unforeseen circumstances.

We all want sports back as soon as possible — assuming it’s safe to play — so, if it means players giving back some money in order to collect a portion of their salaries, hopefully they agree to it. Hey, some is better than none.