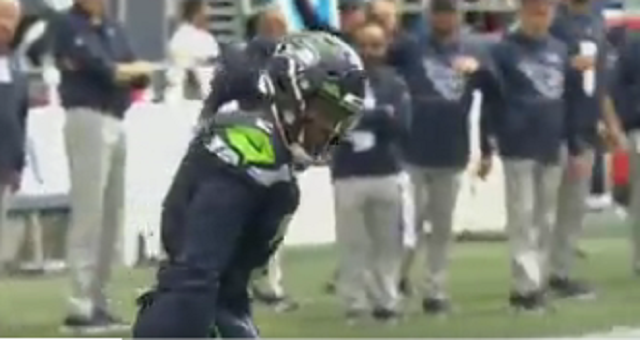 No one likes the NFL’s new taunting rules.

Before the start of the season, the league released a memo stating that enforcing taunting penalties was going to be a a point of emphasis this season after several coaches complained about players excessively taunting last year during meetings with the competition committee this offseason.

“The NFL Players Association, coaches and competition committee have all made a strong statement regarding respect among everyone on the field,” the video says. “We saw an increase in actions that clearly are not within the spirit and intent of this rule and not representative of the respect due opponents and others on the field. Game officials have been instructed to strictly enforce the taunting rules, and players and coaches are reminded that two taunting penalties committed by an individual player will result in automatic disqualification. In addition, the taunting player may be fined and/or suspended depending on the severity of the actions.”

In the fourth quarter of a tight game between the Seahawks and the Titans, cornerback DJ Reed made a crucial stop that prevented a touchdown and flexed in the direction of the wide receiver. Reed was immediately hit with a taunting penalty.

The No Fun League is ruining football with these taunting penalties pic.twitter.com/JaLuq6MVgR

Fans immediately blasted the league over the new taunting rule.

There's virtually nothing we can all agree on on this app except that the NFL's new taunting rule STINKS.

This taunting rule is outrageous. Not allowing players to react when they make big plays does absolutely nothing. Nobody cares. That personality is FUN.