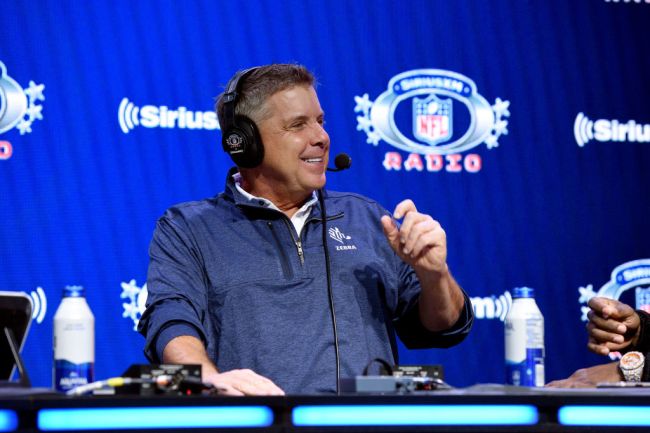 Sean Payton is currently one of the biggest names on the market for a football broadcasting job. He has reportedly gotten offers from Amazon and Fox and is expected to make an announcement soon on what the future will hold for him.

That seemingly isn’t stopping NFL teams from considering him as an option to take over their team in the future. According to Front Office Sports, the Carolina Panthers are interested in Sean Payton as their next head coach and are willing to wait a year to get him.

Panthers are willing to wait a year while Payton explores TV according to sources.

Payton currently has TV offers from Amazon and Fox Sports.https://t.co/Px4m44mmVt

While it may seem a bit early for an NFL team to already be thinking about the next coach they will hire after their next season is completed, there might not be an organization who it is more appropriate for than the Carolina Panthers.

Matt Rhule hasn’t impressed in his first two seasons as their head coach, winning 5 games in each season despite the fact that he has fixed the defensive issues the team had before he got there. Things are unlikely to get better this year with the Panthers seemingly setting him up for failure with Sam Darnold once again expected to start at quarterback.

There is just one issue with this idea for the Panthers. It is very unlikely that Sean Payton would take over a team in the Saints’ division if he returns to coaching. This becomes especially unlikely when you consider the fact that he is still under contract with the Saints and they’d have to either release or trade him.

While the chances of Matt Rhule remaining the head coach of the Panthers beyond 2022 seem unlikely, it doesn’t feel like the chances of them landing Sean Payton are much better.