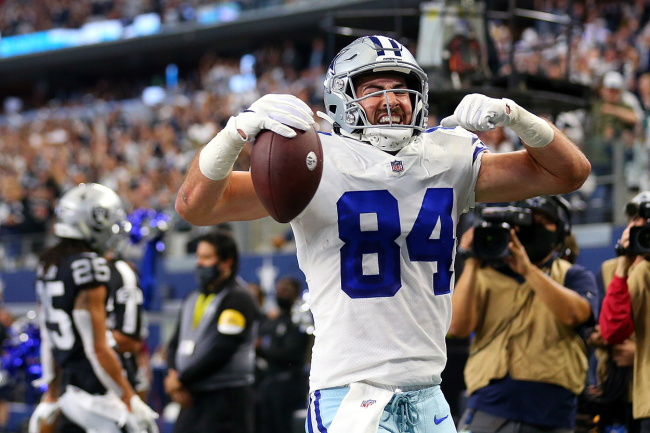 The NFL’s average audience on Thanksgiving Day was absolutely massive. The league announced its viewership from Thursday’s slate and it was the biggest in 23 years.

Over the past few years, there has been a lot of concern with ratings. As various people attempt to boycott the league, or drive viewership down for sake of their beliefs, there had been a slight dip. That is no longer the case. The NFL is SO back and nobody can get enough football.

This year’s slate included three games, Bears-Lions, Raiders-Cowboys and Bills-Saints. The first two finished within a field goal and the second went to overtime. Although Buffalo blew out New Orleans by 25, it didn’t seem to matter.

From 2020 to 2021, the viewership average increased by nine percent. However, there were only two games last year after the COVID-19 pandemic. The NFL’s average audience saw an eight percent increase from 2019, when there were also three games.

Raiders-Cowboys was the most-watched game on Thursday. 38.3 million viewers tuned in to watch the Dallas tie the game in regulation and Las Vegas win it in the extra period.

With the massive numbers, that game became the third-most-watched NFL regular-season game of all-time.

Here are the top-two:

In a year where football is back with full stadiums and no restrictions, this comes as no surprise. And, on top of the return to normalcy in stadiums around the country, families were able to gather and the football was an excellent product.