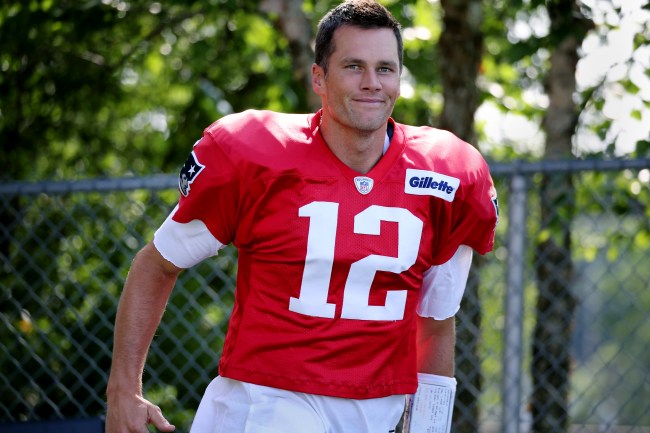 NFLPA executive director DeMaurice Smith is not happy with Tom Brady for hosting private workouts in the middle of a pandemic.

Earlier this week, Brady defied the recommendation of the NFL Players Association’s medical director Thom Mayer and worked out with some of his teammates in Florida, despite the fact the state is beginning to see a surge of Coronavirus cases.

#Brady Watch: You wanted him. We got him. #Bucs Pro Bowl WR Mike Evans has joined the Brady Bunch this morning at Berkeley Prep. Evans in gray tank with his red shoes. No one is stopping these workouts. @TomBrady @MikeEvans13_ @Buccaneers @rojo @DGO23_ @RobGronkowski @sinjen66 pic.twitter.com/gaoxjQ1jhe

NFLPA Dr Thom Mayer last weekend: “No players should be engaged in practicing together in private workouts” https://t.co/whSre3M5wu

After being criticized for the workout, Brady took to Instagram to imply that he didn’t fear the virus by quoting FDR.

Tom Brady has gone from shouting LFG to channeling FDR: "Only thing we have to fear, is fear itself" https://t.co/jALaoQ94sW

On Sunday morning, Smith criticized Brady and his teammates by stating that the workouts were “not in the best interest of player safety.”

“I certainly understand how competitive our players are and I get that,” Smith said. ” At the same time, we are in the process of trying to negotiate, we have to negotiate with the league what happens when a player tests positive during the season. Does that player go on injured reserve? Do they go on short-term IR? If you test positive for the virus after training camp, is that a work-related injury? Are you covered under workers comp? What benefits are available to you if you have downstream injuries from contacting COVID-19?

Apparently, the Bucs aren’t concerned with Brady’s workouts as long as he isn’t breaking any laws.

The workouts continue for Tom Brady and Bucs teammates. The team isn’t officially commenting, but those I talked to in the organization feel as long as they’re not breaking any laws or ordinances, it’s up to them. Pics from Brady and Sean Murphy-Bunting’s Instagram. pic.twitter.com/tyeluabchx