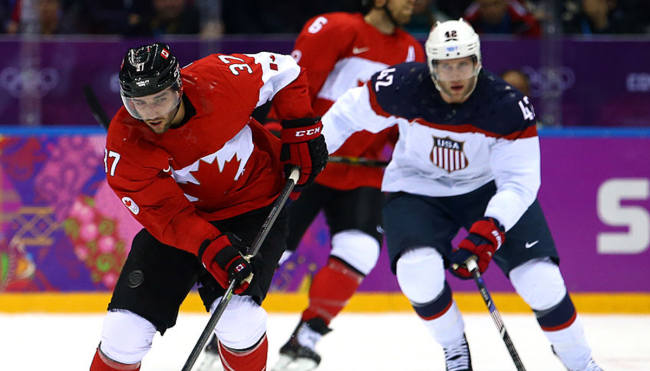 In 1980, the ragtag group of hockey players that was cobbled together to represent the United States at the Winter Olympics in Lake Placid treated the world to an underdog story (and play-by-play call) for the ages by beating the Soviet Union in what was dubbed “The Miracle on Ice.”

Thanks to the regulations the IOC had in place at the time, Herb Brooks was required to field a team consisting entirely of amateur skaters that were mostly plucked from college hockey programs. Those rules would eventually be tweaked to all but ensure we’ll never see a similar David and Goliath story unfold on an Olympic hockey rink, but those changes ushered in a new era that kicked off in 1998 when the NHL allowed players to represent their country for the first time in Nagano.

The move injected the Winter Olympics with a new layer of intrigue; one that forced foes to become friends in pursuit of a medal and saw professional teammates pitted against each other in the heated rivalries that eventually emerged—especially the one that formed between Canada and the United States.

You’d be hard-pressed to find many people who think Olympic hockey has suffered from the addition of NHL players, but it’s not without its downsides. The fact that the Winter Olympics are held in, you know, winter means the NHL is forced to put its season on hold, and multiple players have been unable to finish theirs upon returning after suffering injuries during international play.

That second factor was a major reason fans were forced to settle for a comparatively underwhelming product on the ice in 2018, as the NHL opted to take its puck and go home after the IOC announced it would no longer pay for travel costs or the insurance policy covering the contracts of injured players (the latter of which was slated to run the organization around $10 million).

Thankfully, reason has prevailed ahead of the 2022 Winter Olympics in Beijing. On Friday, the IIHF announced months of negotiations with the NHL and the NHLPA led to an agreement that will allow players to make the trek to China next year.

It's official! The IIHF, @NHL and @NHLPA have reached an agreement that will allow NHL players to participate in #Beijing2022!

It was pretty clear this was going to happen when you consider the schedules released by the NHL in July featured a lengthy break that coincided with the Winter Olympics, and while the NHL will be allowed to change the policy if it determines the pandemic poses a risk, you have to be pretty optimistic based on how things played out in Japan

In a perfect world, this is the last time I’ll have to write an article like this, as it seems like it’s time for the NHL and the IOC to come to some sort of long-term arrangement instead of playing a game of chicken every four years. You obviously can’t discount the financial realities, but as far as entertainment and exposure are concerned, this is the textbook definition of a “mutually beneficial relationship,” and there’s no better time than now to lock things down.