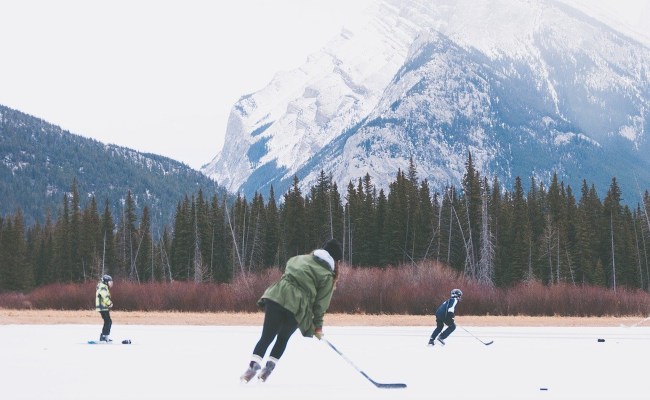 We’re only a few weeks removed from the Lightning hoisting the Stanley Cup, but the NHL offseason is already well underway. The NHL Draft has already taken place and the free agency window has already opened up and the attention now turns to next season, which has a tentative start date of January 1.

While we don’t know much about opening day at this point, the NHL is apparently floating at least one incredibly intriguing idea for the season opener.

According to The Toronto Star, the league has discussed the idea of opening the season with an outdoor game on Lake Louise in Alberta. The NHL has held outdoor games around North America on New Year’s Day since 2008 and would surely like to keep that tradition going at the start of 2021. Having said that, there could be some hurdles in the way.

“The discussions are in the preliminary stage and the Lake Louise outdoor game scenario, while postcard beautiful, would face several hurdles, starting with the state of the COVID-19 pandemic when play resumes. It’s also a popular destination even in troubled times, which could make booking hotels in the area around Christmastime a challenge.”

I’ll go ahead and say it, this is the best idea the NHL has ever had and now that it’s being floated out there it simply has to happen.

Sure, the outdoor game at Michigan Stadium in Ann Arbor was cool and the countless ones we’ve seen at MLB ballparks around the country have been fine, but to have a game on Lake Louise would be next-level. It could be a challenge to pull off, but two months left on the table to get things together seems like enough time to get the job done.