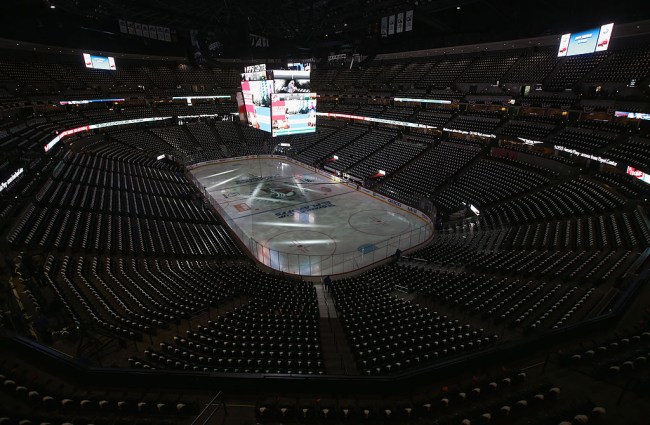 While I certainly understand why there’s a great amount of concern about the untreatable strain of coronavirus that was recently deemed serious enough to be called an epidemic (which is the disease equivalent of reaching elite status as a frequent flyer), but for the most part, I’ve tried not to let it affect me too much.

Sure, I’ve stocked up my pantry with a bunch of dried beans and more cans of peaches than they kept behind the bar at Al Swearengen’s saloon in Deadwood, but as a relatively young and healthy guy, I haven’t been forced to make any real changes to my usual routine.

However, that has now all changed in a very big way.

I spend a solid chunk of my workday writing about sports, and while I like to think I know enough about various leagues to hold my own in conversations with strangers at a bar, the only one that I genuinely care about is the NHL.

Growing up in New England made me a diehard Bruins fan, and I have lived and died with the team to a point where I could barely force myself to type the day after they lost the Stanley Cup last year even though that’s literally almost my entire job description.

Over the course of the season, I spend my days counting the hours until I get to sit back on my couch for a few hours and crack some cold ones while watching the boys and listening to Jack Edwards be the shameless homer that he is.

Coming into Thursday, the Bruins were at the top of the NHL standings and looked like a team capable of winning the prize that narrowly alluded them last year.

However, their momentum—and that of every other team in the league—was brought to an abrupt halt Thursday afternoon when the NHL announced it will be following in the footsteps of the NBA and suspending its season.

The news comes just a few days after the Sharks were faced with a logistical nightmare when the city of San Jose banned gatherings of more than 1,000 people and on a Thursday where multiple college basketball conferences opted to cancel their tournaments.

Major League Baseball is currently expected to reveal its own plan as soon as Thursday afternoon and the XFL is doing basically nothing because the last thing they need is to have its run end prematurely yet again.

This settles it. I am officially not a fan of coronavirus.