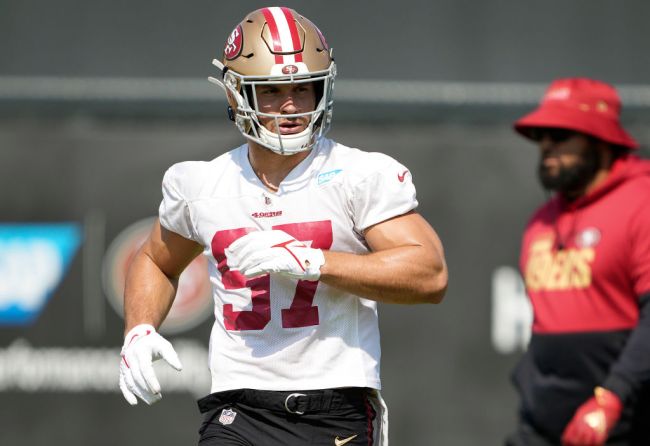 The girlfriend of 49ers defensive end Nick Bosa found herself in some hot water on Monday morning.

Jenna Berman, the Trump supporting girlfriend of 49ers player Nick Bosa, quoted and laughed at her friend who called herself a “n**ger magnet.”

Before deleting her account fans screenshotted an alarming number of tweets featuring Berman using the N-word.

Over and over again… pic.twitter.com/N2Jvk2LdJm

After the tweets were uncovered Berman also made her Instagram page private.