Nick Foles Can’t Go To Whole Foods Without Getting Recognized, Talks About Future With Eagles 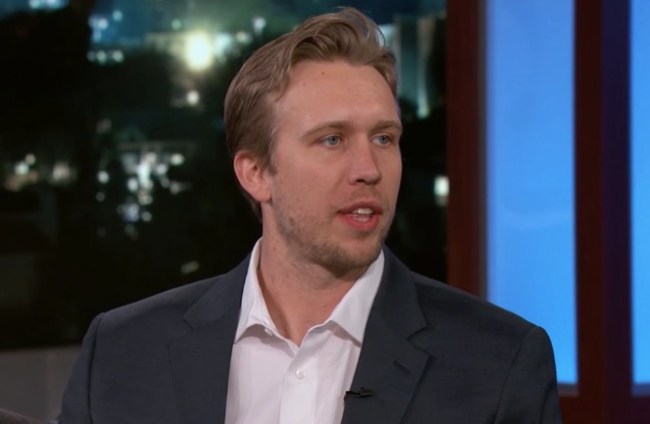 Nick Foles is a bonafide sports hero to the great city of Philadelphia. He stepped in as backup QB when Carson Wentz went down. He embarked on a historic run from backup QB to Super Bowl MVP and brought the Eagles their first-ever Super Bowl championship. Now he can’t go anywhere in America without getting recognized by Eagles fans.

Foles was a guest on Jimmy Kimmel Live last night where he discussed how much his life has changed since winning the Super Bowl. His ‘safe space’ used to be Whole Foods. He could shop there without getting recognized or stopped. Now he can’t get in the door without Eagles fans noticing him. He’s also grappling with a new life where every excited Eagles fan that stops him on the street inevitably bursts into tears. Nick discussed how he deals with the crying fans everywhere he goes, he also talked about his future in Philly with the Eagles:

Is anyone in America living a better life than Nick Foles right now? The answer is ‘no’. Does it sound like Nick Foles is going to stay in Philly? That answer is also probably ‘no’. It sounds like Nick’s being as diplomatic as possible with his answers about staying in Philly. And even if he leaves and plays for another team next season Nick will always be a Golden God on Philadelphia, but from the tone of his voice, it doesn’t sound like he’s very convinced that a deal will get done. Maybe I’m reading into something that’s not there, but that’s the vibe I got.