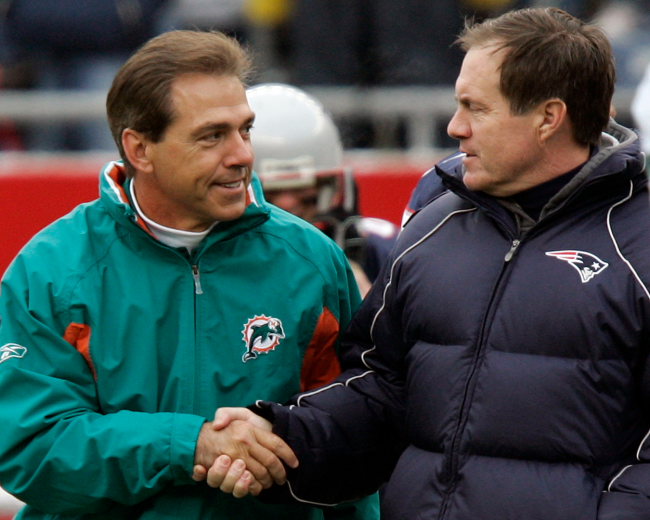 People forget that two of the greatest coaches in football history once shared a sideline. From 1991-1994, Nick Saban served as the defensive coordinator for the Browns under head coach Bill Belichick.

While the two coaches undeniably share similar, hard-nosed coaching styles, and both oversee the defense, they also have their differences. Apparently, even while coaching together, they didn’t always agree.

During Saban’s weekly appearance with Hey Coach on 95.3 The Bear and Tide 100.9, the now-Alabama head coach told a hilarious story that he has kept a secret until now. It came from when the two were together in Cleveland.

Apparently, Belichick would often make Saban change his play calls after they had already been signaled in to the defense. In fact, Saban claims that one of Belichick’s late switches once caused the Browns to lose a game.

As it became increasingly frequent, and an even bigger issue, Saban created a classified system with superstar linebacker Pepper Johnson. Here is what Saban had to say:

“I said ‘Look Pepper. I’m going to give you a signal, and you touch your face mask when you get the signal.’ If Bill wants to change after that we’re done,” Saban explained. “I’m gonna say ‘[Pepper] looked away. I can’t give him another signal.’ And that’s how we operated the rest of the time.”

Ah, the ole “sorry, he looked away” trick. Never fails!

After revealing his and Johnson’s secret, Saban joked that if his former head coach had found out, he “probably would’ve killed” him and I don’t doubt it.