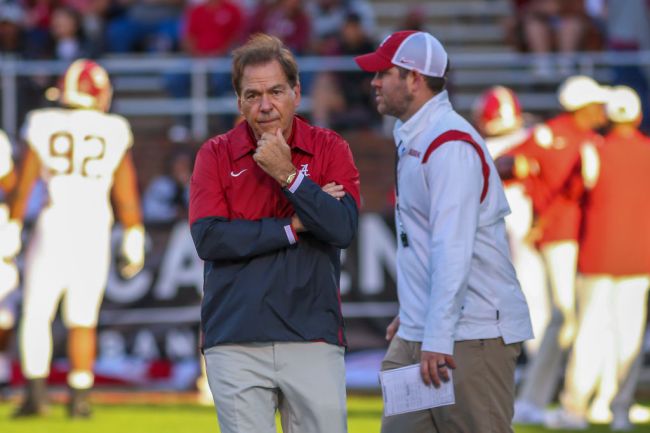 As the sports world continues to react to the news of Henry Ruggs’ tragic car crash that left a woman and a dog dead, Nick Saban shared his thoughts about the situation on Wednesday night.

The Alabama head coach first stated that his thoughts and prayers are with all that were involved in the accident, especially the victims. He then went on to explain that the tragedy is something a lot of people can learn from.

“This is something a lot of folks can learn from. A lot of players on our team. When we say challenge people to make good choices and decisions, do the right thing. Because sometimes the consequences can be devastating.”

“And these consequences are probably going to be pretty devastating to Henry. We love him. We’re going to support him through it. But we also have a lot of compassion for the victims and our thoughts and prayers are also with them.”

According to prosecutors, Ruggs was traveling at 156 MPH two seconds before the crash and slowed down to 127 MPH when airbags deployed inside his Chevrolet Corvette.

Ruggs’ blood alcohol level was also well over the legal limit and a loaded gun was reportedly found in the car at the time of the accident.

He is expected to be charged with DUI resulting in death.