Henry Ruggs Was Reportedly Traveling Over 150 MPH At The Time Of His Crash, Had A Loaded Gun, Also Killed The Victim’s Dog 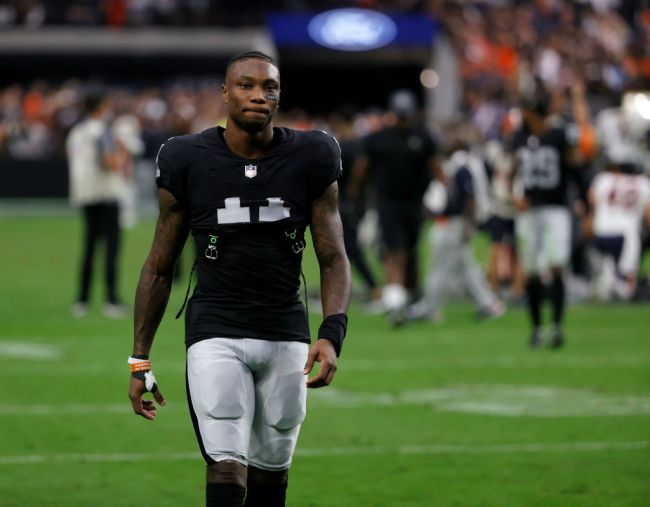 The now-former Las Vegas Raiders wideout Henry Ruggs was involved in a deathly car accident early Tuesday morning that resulted in the death of the driver of the car he ran into.

As the Raiders received more information about the situation, the franchise announced that it released him late Tuesday night.

Now, with Ruggs appearing in court on Wednesday morning, more details about the accident are being released.

According to prosecutor Eric Bauman, Ruggs was traveling at 156 MPH about two seconds before the crash and slowed down to 127 MPH when airbags deployed inside his Chevrolet Corvette.

Ruggs’ blood alcohol level was also well over the legal limit and a loaded gun was found inside his vehicle.

His blood alcohol level was more than twice the legal limit, and a loaded gun was found in the car, Bauman said.

Prosecutors also say that there was a dog inside the Toyota RAV 4 that Ruggs hit and that it did not make it out alive either.

Prosecutors said a dog was also killed in the crash.

Ruggs was ordered back in court on Nov. 10. District Attorney Steve Wolfson is expected to give a press conference in about ten minutes. #RJnow

Ruggs was reportedly transported to a local hospital following the wreck and treated for non-life-threatening injuries. It is expected that he will be charged with DUI resulting in death.