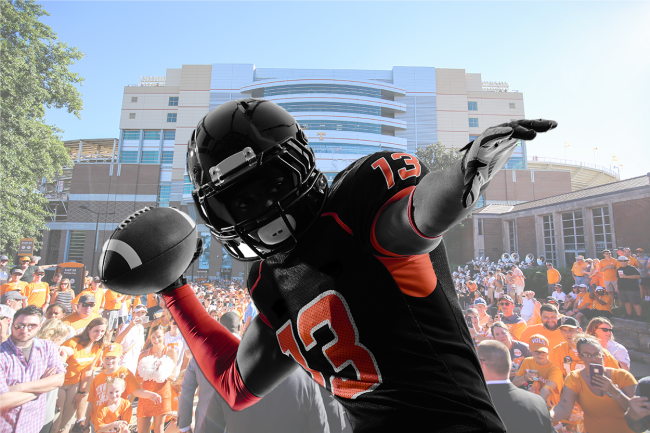 Tennessee football has not won a national championship since 1998. The Volunteers are hoping that their most recent commitment might help bring them back to the promised land.

On Monday morning, five-star quarterback Nico Iamaleava committed to play his college ball in Knoxville. The No. 3-ranked prospect in his class stands 6-foot-5, 195 pounds and can sling the pill just as well as he can dice defenses with his feet.

Iamaleava is also an incredible volleyball player with a mixtape that is straight flames. Needless to say, he is a generational athlete and Tennessee is hopeful that he is the program-changing player that takes the program from years of mediocrity to immediate College Football Playoff contenders.

He is definitely talented enough to do so.

Initially, Iamaleava thought that he was going to see what was going on with the Vols and then move on to other offers. However, once he got on campus for the Vanderbilt game, he immediately fell in love.

Iamaleava visited campus and connected with head coach Josh Heupel and the offensive staff, which led him to returning for a second visit earlier this month. While back on campus, the California-native took an extremely hard photo with a G-Wagon and his decision was solidified.

It was done. Iamaleava cancelled his upcoming scheduled visits and pushed his commitment up by more than a month. In the end, he announced on Monday that he is going to play for Tennessee.

On March 11th, four days after Iamaleava was in Knoxville for his second visit, a new report came out from Stewart Mandel of The Athletic. It changed everything in terms of NIL.

According to a contract that both Mandel and his legal team reviewed, an unnamed recruit signed a deal that could be worth up to $8 million with an undisclosed school. Full details of the deal depend on how long the recruit stays at the specific school. Either way, he is set to receive a large sum of money up front.

The legality of the deal is very heavily reliant on trust, because a recruit cannot be paid directly in turn for his commitment. That would violate the NCAA’s rules on pay-for-play. Instead, there are very specific terms that keep the deal within legal confines.

The report does not include the name of the recruit or the school. There is no clear answer as to who it might be.

But with that being said, based on logical deduction, the recruit is presumably one of three five-star quarterbacks. It definitely could be one of the top Class of 2023 recruits that does not play quarterback, but it seems unlikely that a non-QB would get eight million dollars— Right?

There is no way to know for sure, unless the recruit or the school ever become public. Despite the unknown, there are only a select handful of prospects who could’ve secured an NIL deal of this size and the timing of this commitment in conjunction with the recent report is certainly intriguing.