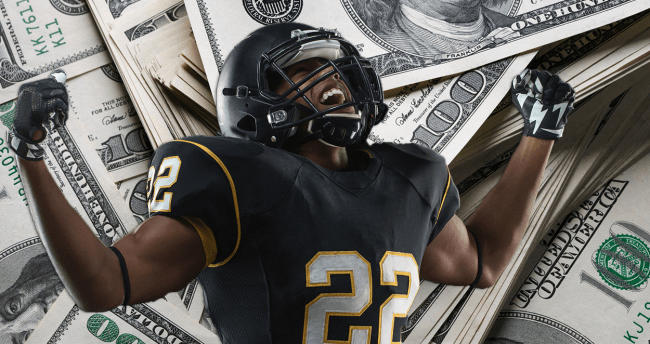 When the NCAA implemented its interim rules on Name, Image and Likeness back in July of 2021, it change college sports — particularly college football — forever. In a world where players can rightfully be compensated for their being, there are a lot of kinks to be worked out.

Despite what Jimbo Fisher might say, and the narrative he might spin about what is going on, recruiting is a completely different beast than it was even 12 months ago. Not only is social media more important than ever, but so is money.

On Friday, the entire recruiting world was flipped on its head with a life-altering NIL deal for a Class of 2023 recruit. According to Stewart Mandel of The Athletic, a five-star prospect in the upcoming class has inked a contract that could be worth more than $8 million… all before the end of his junior year of college.

The agreement, signed with an undisclosed school’s NIL collective, will pay out $350,000 “almost immediately” to the high schooler who is finishing out his junior year. From there, once he begins his career with the agreed upon school, he will receive more than $2 million per year as a freshman, sophomore and junior — and if he chooses to stay for his fourth year of eligibility.

In exchange, according to Mandel, the recruit will “make public appearances and take part in social media promotions and other NIL activities ‘on behalf of (the collective) or a third party.'” What that means exactly is undefined as of right now and only time will tell.

The Class of 2023 recruit is making history.

With the $8 million agreement, the recruit is believed to have signed the largest deal in history. Mandel goes so far to say that it is the “largest individual NIL deal signed by a non-professional athlete.”

And he is a junior in high school. Insane.

Although the recruit and college football program are unnamed in Mandel’s story, it is clear that money played a role in his decision on where to go to college. It speaks to what Nick Saban and Lane Kiffin, among others, have said in the past about how the sport has changed.

While Fisher remained very adamant that Texas A&M’s No. 1 recruiting class, which was the highest-ranked of all-time, had nothing to do with money, Kiffin and Saban have suggested that college football has become something of free agency. In their eyes — and the eyes of many other people within and around the sport — the school that can pay the highest number to a top-ranked recruit through NIL will land that recruit.

And now that number is $8 million.