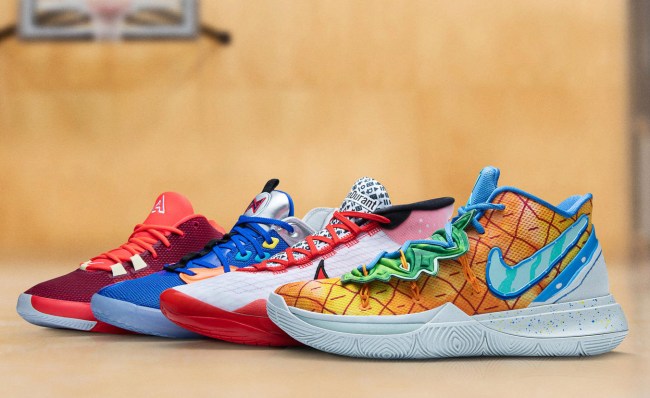 The NBA season officially tips off on Tuesday, October 22, and when the Bucks, Nets, and Clippers get going later that week we’ll get our first on-foot look at the newest looks for Kevin Durant, Kyrie Irving, Giannis Antetokounmpo, and Paul George’s signature shoes. Assuming that Durant and George will be wearing them while cheering from the sideline.

NBA’s opening week is always an annual eruption of new colorways, and four Nike Basketball signature silhouettes — the KD12, the Kyrie 5, the Air Zoom Freak 1 and the PG3 — will take the court throughout as they release on SNKRS in North America.

Here’s what to expect as Nike just released new photos and the specs for each player’s NBA Opening Week colorway. 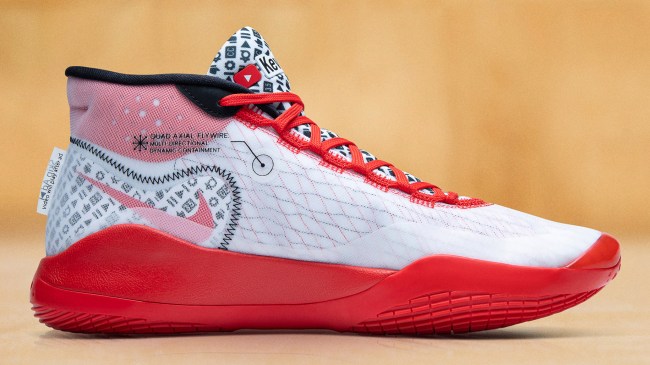 Awash in video console symbols through the heel, this KD12 has other details characteristic of the video platform, including Skip Ad copy on the rip-stop heel tag, a co-branded name graphic on the tongue and a search bar printed on the insole. The shoe releases October 26. 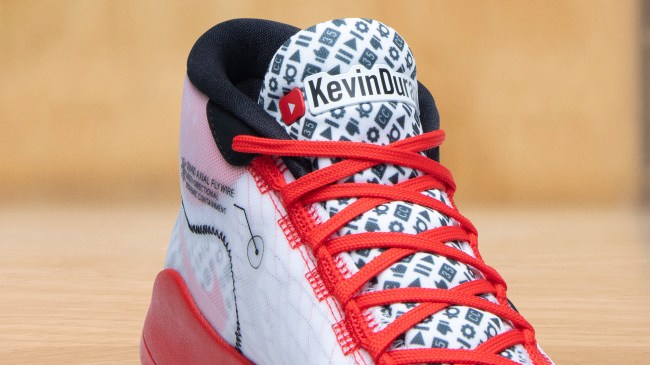 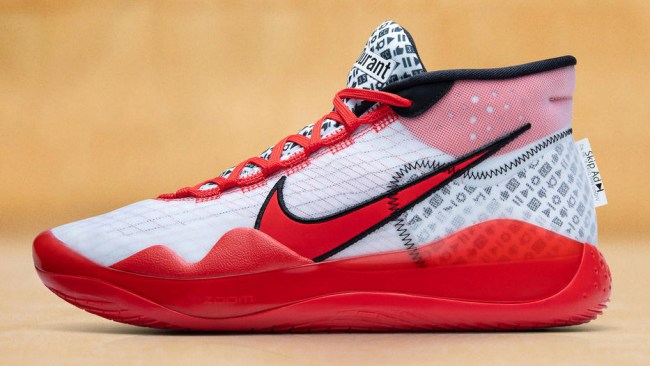 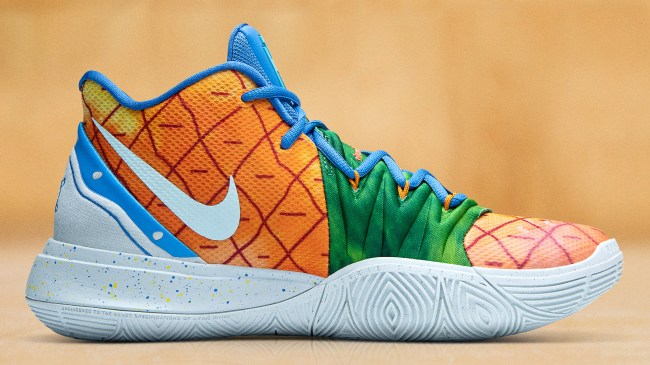 There’s no mistaking whose home this honors in the next installment of the Kyrie 5 x SpongeBob SquarePants series with its pineapple peel-inspired upper and a flytrap resembling the fruit’s leaf. It releases October 24. 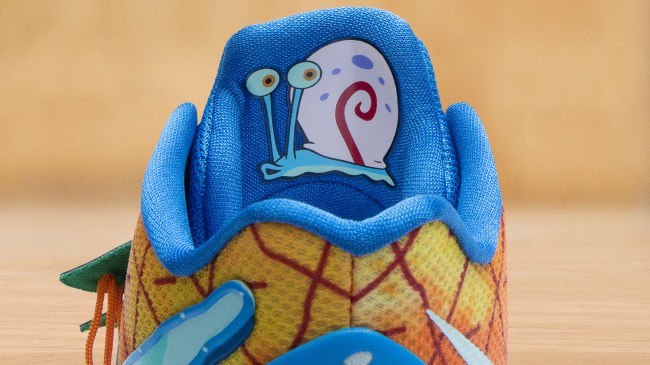 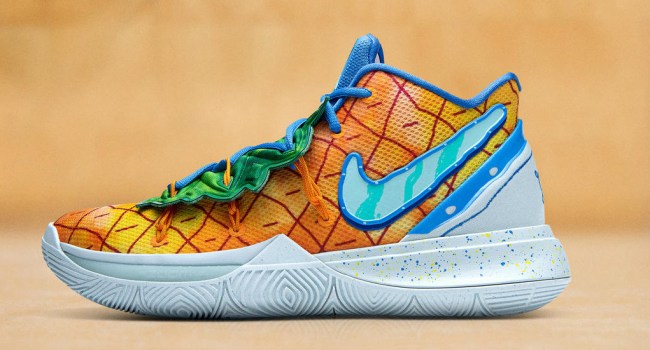 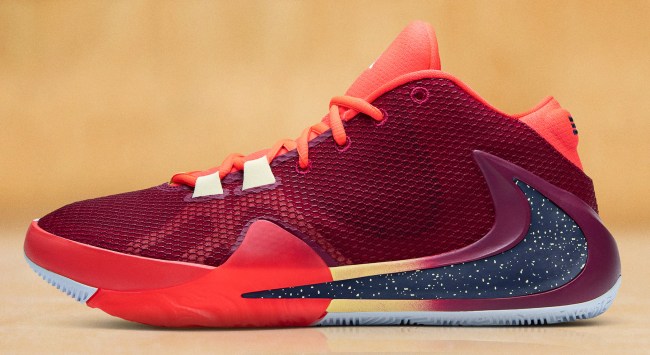 Fluorescent pinks and deep reds cover the upper in this colorway of Giannis Antetokounmpo’s first signature model, filled with a speckled Swoosh. It releases October 27. 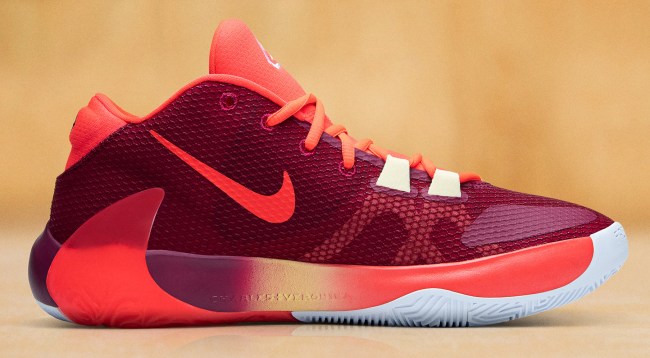 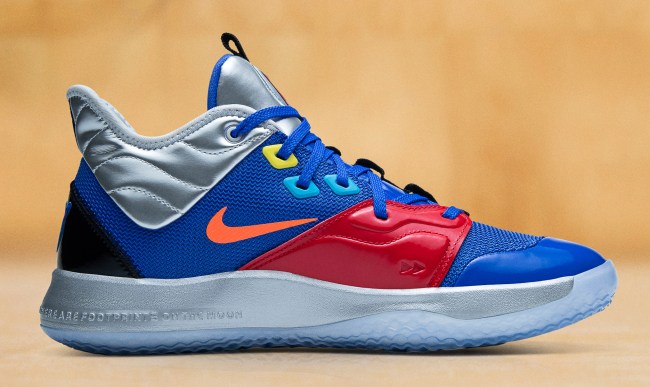 Mismatching orange and red forefoot wings wrap up the second NASA colorway of Paul George’s third signature shoe. The administration’s logo is printed on the heel and on the sockliner. The shoe releases October 23. 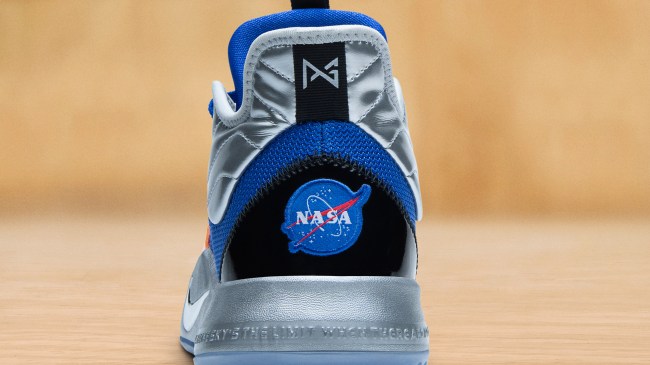 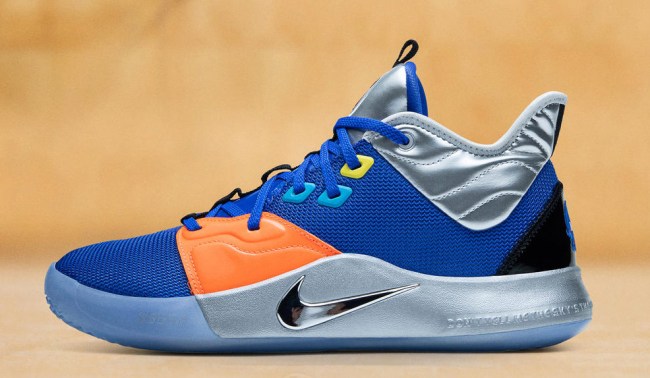