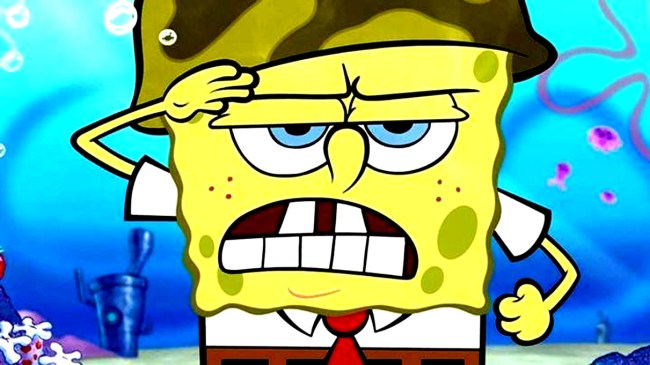 Popular Nickelodeon cartoon SpongeBob SquarePants marked its 20th anniversary this past Friday, October 11, and millions of the show’s fans the world over celebrated its amazing longevity.

Not everyone was thrilled though. (That never happens… with anything… ever) One person, University of Washington professor Holly M. Barker, was actually pretty ticked off about the show being on the air for as long as it has.

In fact, Barker is so upset about SpongeBob SquarePants that she wrote a recently published academic article titled “Unsettling SpongeBob and the Legacies of Violence on Bikini Bottom.”

Billions of people around the globe are well-acquainted with SpongeBob Squarepants and the antics of the title character and his friends on Bikini Bottom. By the same token, there is an absence of public discourse about the whitewashing of violent American military activities through SpongeBob’s occupation and reclaiming of the bottom of Bikini Atoll’s lagoon. SpongeBob Squarepants and his friends play a role in normalizing the settler colonial takings of Indigenous lands while erasing the ancestral Bikinian people from their nonfictional homeland. This article exposes the complicity of popular culture in maintaining American military hegemonies in Oceania while amplifying the enduring indigeneity (Kauanui 2016) of the Marshallese people, who maintain deeply spiritual and historical connections to land — even land they cannot occupy due to residual radiation contamination from US nuclear weapons testing — through a range of cultural practices, including language, song, and weaving. This article also considers the gendered violence of nuclear colonialism and the resilience of Marshallese women.

That right there is a lot to unpack. Especially when you consider that it all centers on SpongeBob Squarepents.

“SpongeBob Squarepants and his friends play a role in normalizing the settler colonial takings of indigenous lands while erasing the ancestral Bikinian people from their nonfictional homeland,” wrote Barker.

So is she saying that a recent fan theory about Mermaid Man and Barnacle Boy are actually Navy divers who were accidentally caught up in the Bikini Atoll nuclear tests of the 1940s and 1950s?

Barker also claims that SpongeBob Squarepants’ colonization of Bikini Bottom is both “violent” and “racist” as the cartoon is a “whitewashing of violent American military activities” against the native population of the Pacific Ocean.

On top of all that, she also accuses the cartoon of cultural appropriation of Pacific culture in the form of Hawaiian shirts, pineapple houses, tikis, Easter Island heads, and steel guitar music.

SpongeBob Squarepants is an “American character” who shows no signs of “caring about the detonation of nuclear bombs” in the area he now calls home, Barker explained.

She added, “Bikini Bottom and Bikini Atoll were not for the taking” by the show’s writers, and even takes issue with the name “Bob” because it’s not culturally appropriate. 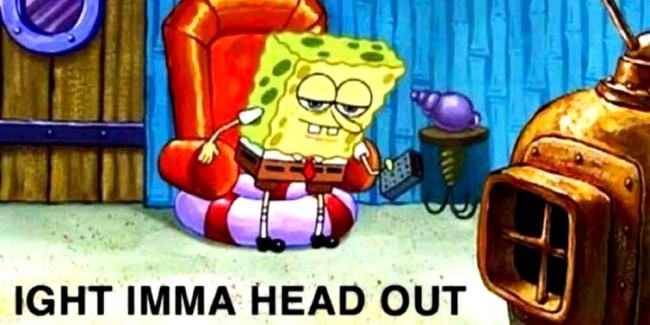