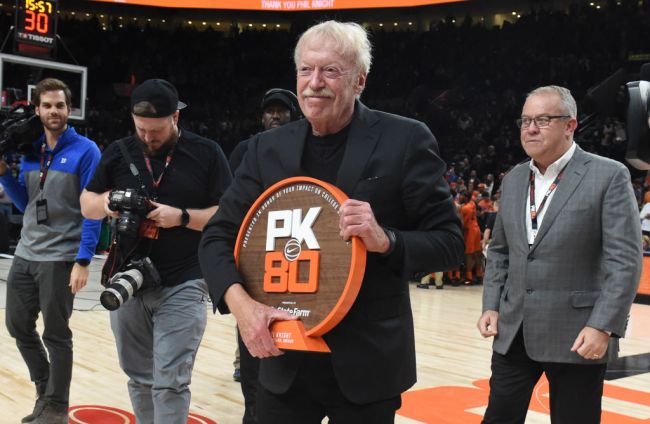 The Portland Trailblazers are in a transition period right now. With Damian Lillard recovering from an injury and the team unlikely to make a playoff run, the Blazers started dealing key pieces to land future draft picks.

The Blazers still have Lillard and Jusuf Turkic, but it’s unclear whether that will remain true through this offseason as Lillard doesn’t seem particularly interested in playing for a team that isn’t competing.

On top of all of that, there seems to be another major transition on the way for the organization. Last week, it was reported that the team’s owner would be forced to sell the team because the previous owner, her brother, had written in his will that he wanted the team sold to fund his “passion projects”.

That created some speculation about just who would buy the Blazers. Today, we got out first indication of who the next owners could be as NBA insider Adrian Wojnarowski reported that Nike founder Phil Knight and LA Dodgers co-owner Alan Smolinisky have made a $2 billion-plus offer for the franchise.

That price would make the Blazers for 2nd most expensive sale in NBA history. The Brooklyn Nets that category after being sold to Joe Tsai for $3.3 billion in 2019. The Houston Rockets were purchased for $2.2 billion in 2017.

This is also significantly more money than the most recent NBA franchise purchase, which saw the Minnesota Timberwolves sold for $1.5 billion in 2021.