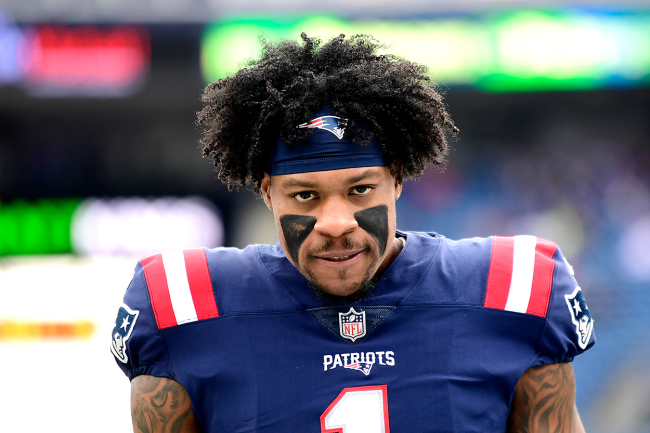 Justin Fields’ second year in Chicago can’t be much worse, but at the same time, it could. Especially considering the receivers that the former No. 11 overall pick has at his disposal in 2022.

As things currently stand, the Bears pass-catchers are as follows:

While the top-five targets are all very solid receivers in their own right, not one of them stands out as a true WR1. They could surprise everybody and produce well above where most people expect, but it seems unlikely that Chicago’s passing game will be overly successful this fall.

Despite the seeming lack of talent to throw the ball to, Fields had a very solid second day of training camp on Thursday. In particular, his relationship with his tight end is coming on strong.

Justin Fields connects with Cole Kmet on a deep ball.

Mooney also has the potential to blossom if he can continue to progress. Fields found him over the middle for a nice gain on Thursday.

While there were some bright spots for Fields and the Bears offense during Day 2 of training camp, there was one standout moment in particular. And it was not positive.

With the No. 32 overall pick in the 2019 NFL Draft, the New England Patriots selected N’Keal Harry. In his first three years in the league, the former Arizona State receiver caught just 57 passes for only 598 yards and four touchdowns.

Largely considered a bust, Chicago decided to take a gamble and traded for Harry in exchange for a seventh round pick in 2024. There is no risk involved in the deal…

… except for the fact that Harry could end up being a detriment to the offense, as he showed on Thursday.

Fields looked for a wide open Harry over the middle and threw him the ball, but it hit off of his hand and landed right in the out-stretched arms of free safety Eddie Jackson for the interception. It wasn’t a great throw, but it certainly was not an athletic play on the ball by Harry.

Pass off Harry’s hands and right to Eddie Jackson. pic.twitter.com/L52aiZ2DOL

There is plenty of time for Harry and the Bears to get things right before the year starts in September. Harry could finally break out into his full potential and become the receiver that the Patriots thought that he could be.

But Thursday’s interception was not a great start.