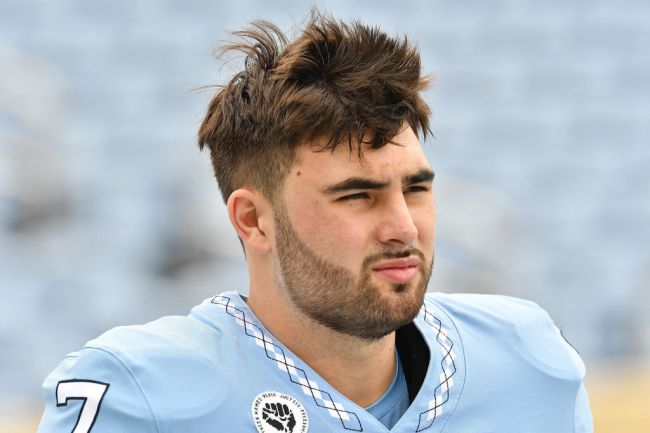 No. 13 North Carolina is set to face No. 5 Texas A&M in the Orange Bowl on Saturday with sophomore Sam Howell at the helm. The Tarheels’ quarterback has had a nice year and completed 69.1 percent of his passes for 3,252 yards and 27 touchdowns with only six interceptions. He took over the starting job as a true freshman for in 2019 and led them to a 7-6 record in his first year. Head coach Mac Brown’s team took significant strides in a conference-only 2020 schedule and lost only three of 11 games to No. 2 Notre Dame, Virginia and Florida State.

Howell is diligent in his film study, stays behind for extra reps after practice and keeps a strict diet— but not with specific health goals in mind. Instead, he caters his meals to his picky eating. During Wednesday’s Orange Bowl virtual luncheon, a taped interview segment with the Tarheels exposed his bland menu.

Howell revealed that he has only ever eaten chicken. Ever since he was a child, his interests have included mostly chicken nuggets and tenders. He won’t so much as sniff seafood, and he claimed to have never taken a bite of red meat. Yes, you read that correctly— Sam Howell has never tasted a steak or even a hamburger. By choice.

On Sundays after wins, the North Carolina program indulges in what they call “Victory Dinners,” consisting of lobster, steak and plenty of other delicious foods. While his teammates enjoy the different delicacies, Howell is content with chicken tenders. His teammate Jeremiah Gemmel did find a hole in his story during the interview, however, getting Howell to admit that he has previously eaten a hot dog.

Again, there is no moral conviction or strict regimen like the TB12 diet that is rooted in Howell’s simple food choices, he just doesn’t want to try anything else. He likes chicken and that’s enough for him. It’s brought him success to this point, but it’s crazy to imagine all of the tastes he is missing out on.

The Tarheels will try to earn another victory dinner against the Tigers.