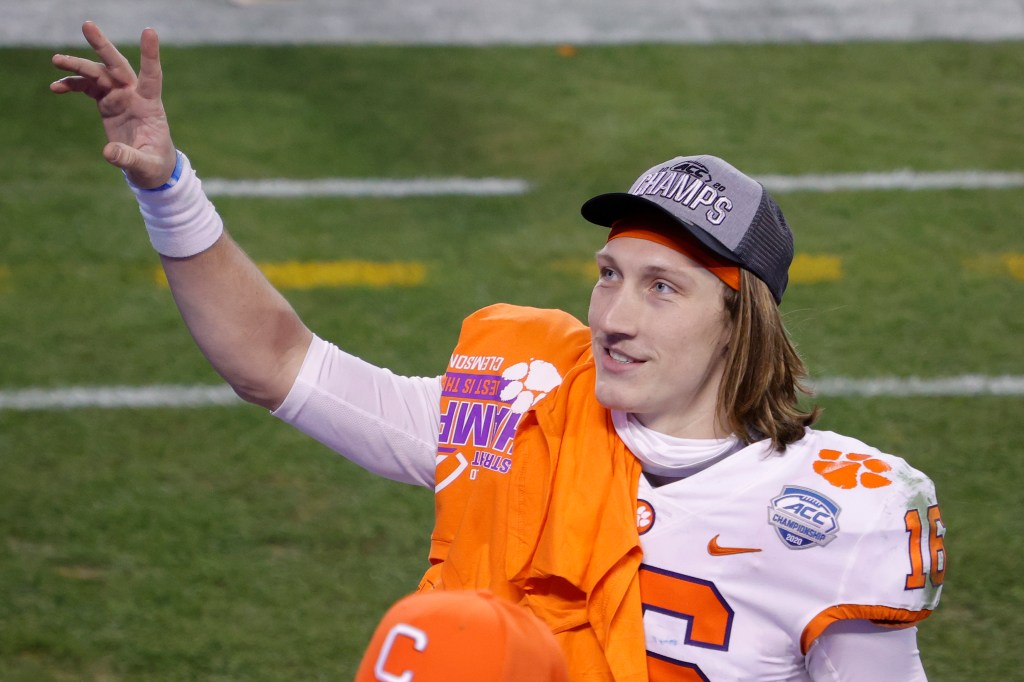 Clemson Football quarterback Trevor Lawerence is a virtual lock for the #1 overall pick in the 2021 NFL Draft and as things stand he’ll be drafted by the Jacksonville Jaguars or the New York Jets. Trevor’s won 32 of 33 games in college and is perceived to be a generational talent. The Jags currently hold the #1 pick and the Jets hold the #2 pick but there’s still time left in the season and that order could theoretically, maybe, possibly change.

A question that would’ve never crossed my mind unless I saw a headline about it on another site is whether it’s even worth a team drafting a quarterback with the #1 overall pick. As it turns out, it might not be the right call. There are a ton of factors that come into play like needing a bunch of other pieces around a QB in order to start winning. But if the assumption is a team’s goal is to win a Super Bowl, which is the goal of every NFL team, history shows that drafting a QB at #1 rarely pays off unless that QB’s last name is Manning.

A long article on Newsweek looked at every quarterback drafted #1 in the NFL draft and what they found is quarterbacks drafted at #1 rarely win a Super Bowl with the team they were drafted by. There have been 25 quarterbacks drafted at #1 in the Super Bowl Era and only 5 of them have won a Super Bowl with the teams that selected them. Those players include Terry Bradshaw, John Elway, Troy Aikman, Peyton Manning, and Eli Manning. Eli counts because even though he was drafted by the Chargers it was a done deal that he was already being traded to the Giants.

A deeper look at recent years shows that other than the Mannings, modern teams have zero Super Bowl success with their #1 overall QB:

Since the elder Manning was selected by the Indianapolis Colts in the 1998 NFL Draft, 16 quarterbacks have had the honor of being the first players called by the league commissioner on draft night.

Of those, only the Manning brothers have won the Super Bowl with the teams that drafted them—David Carr, who was selected by the Texans with the first overall pick in the 2002 draft, was Eli Manning’s back-up when the Giants won Super Bowl XLVI.

Aside from the trio, Cam Newton and Jared Goff are the only other two quarterbacks to have made it to the Super Bowl with the teams they made their NFL debuts with.

When the numbers are crunched, the 16 quarterbacks selected with the first overall pick after the elder Manning have a combined career record of 762-777-8. In percentage terms, that works out to a rather average 0.492. (via Newsweek)

Being a freshmen QB on the worst team in the NFL and having an entire franchise and fanbase putting massive expectations on your back is brutal. You don’t have a winning squad or culture around you but the expectations are there. The team needs countless other playmakers in place to win games but it’s just the #1 overall QB instead. Since Peyton Manning was drafted #1, only 7 of the 16 quarterbacks drafted at #1 behind him even have a winning record.

Should the Jags or the Jets draft Trevor Lawrence at #1 overall? Yes. He’ll add wins to the franchise that another QB wouldn’t and that’s worth it. That’s assuming Trevor’s one of the handful of #1 overall QBs who even has a winning record. But will he win a Super Bowl with either of those teams? I’m going to go on the record here and say there’s a 100% chance Trevor Lawrence will not win a Super Bowl with the Jacksonville Jaguars or New York Jets. I’ll bet the farm on that.

To read the full article and more statistical explanation of this #1 overall QB phenomenon you can head on over to Newsweek.