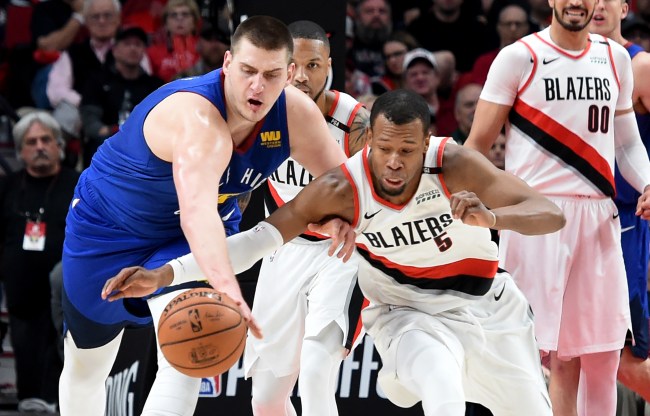 Tonight’s game 3 between the Blazers and the Nuggets went late into the night and ended at around 2:10 am on the east coast.

The Blazers take the most epic contest of the playoffs so far 💯 pic.twitter.com/nkWDzsm9HS

The longer the game went on the funnier the memes got.

NBA Fans on the east coast when the Blazers-Nuggets game finally finished pic.twitter.com/aF8YME7J5r

Nuggets center Nikola Jokic played well over 60 minutes and took the brunt of the jokes after looking dead tired on the court.

Nuggets' Nikola Jokic (63 minutes played & counting) has logged the most minutes by any player in an NBA playoff game since 1953. pic.twitter.com/FIUpSheR6c

Jokic literally has so many mins played that the nba app isn’t used to using numbers in the 60’s so it’s showing 4:56 instead of 64:56😳 pic.twitter.com/YrMwsMosxx

Jokic every time the Blazers tied it up to send it to OT: pic.twitter.com/GT6nlX8od7

Jokic in disbelief that he's about to play in a 4th OT pic.twitter.com/IFwhsE4ndl

Malone: We need you to make these two free throws so we can go into 5OT