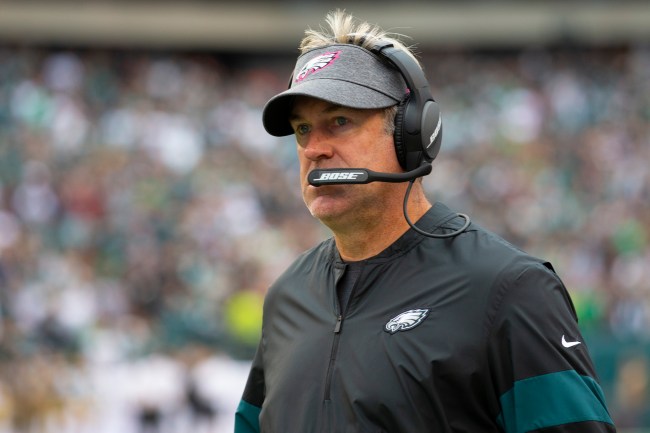 Will the Eagles move on from head coach Doug Pederson and trade him instead of firing him?

On Sunday morning, ESPN’s Chris Mortensen revealed that Pederson’s job in Philly isn’t “firm” and he could be fired after owner Jeffrey Luria meets with him next week.

Doug Pederson’s status as @Eagles coach is not firm, sources tell @Tim_McManus and me.
Pederson could be out if owner Jeffrey Lurie is not confident about Pederson’s vision going forward after the two meet again soon.
Lurie’s concerns extend well beyond Carson Wentz, per sources.

After Mortensen’s report made the rounds, Eagles beat writer John McMullen added there are whispers that the Jets are considering a trade for Pederson.

Jets GM Joe Douglas was previously the Eagles vice president of player personnel and worked alongside Pederson when the team won the Super Bowl.

Jets fans don’t seem interested in the idea of the team trading for Pederson.

I don't think Pederson is a bad coach.

I also don't think he's a good fit for the #Jets right now.