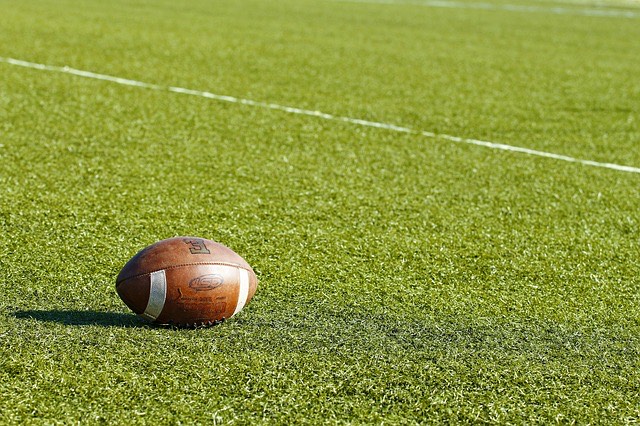 Bowl season is winding down, but there are still some unique and intriguing matchups left on the slate. We’ve circled three games we like that we believe carry strong betting odds when it comes to picking against the spread.

For more picks and insights, head over to OddscheckerUS…

The Story On Baylor

The simple analysis of this Baylor team is that the offense is a good, balanced machine while the defense, well, it’s not that when you break things down.

This Bears offense averages 431.2 yards per game with 256.7 of those yards coming through the air and the other 174.5 yards found in the run game. They put up 35.2 points per game which was good enough for the 17th highest scoring average in the nation, but a good chunk of that average came in 56+ point outbursts against Kansas, Stephen F. Austin and UTSA.

Baylor’s defense may rank 16th in the country from a points allowed per game standpoint giving up only 19.2 per contest, but neither the pass defense or specifically the run defense that ranked fifth in the Big 12, is overpowering.

Quarterback Charlie Brewer has thrown for 20 touchdowns and six interceptions this season and has two weapons on the outside with Denzel Mims and Tyquan Thornton each averaging over 15.5 yards per catch worth keeping an eye on.

Baylor’s only two losses this season came to Oklahoma in a matchup at home during the regular season and again in the Big 12 title game.

The Story On Georgia

While Baylor relies on its offense, the Bulldogs go as their defense goes and oh can it go.

This Georgia defense ranks fourth in the country allowing under 275 yards per game while also having the No. 2 scoring defense in all the land allowing only 12.5 points per contest. Georgia isn’t afraid at getting after the quarterback either with 28 sacks on the year, which could be a huge factor as Baylor gave up the most sacks in the Big 12 surrendering 35.

The offense has been pretty quiet and inconsistent for the majority of the year, but this Bulldogs team can still run the football averaging nearly 190 yards on the ground per game. D’Andre Swift has rushed for over 1,200 yards this season and finished fourth among SEC running backs.

Georgia’s two losses this season came at home to South Carolina in double-overtime at home and to No. 1 LSU in the SEC Championship game.

The Story On Boston College

This Boston College team is one of the more unique teams in all of college football, at least right now. The 6-6 Eagles punched their ticket to a bowl game by beating Pittsburgh in the regular-season finale after the fact that it was already announced that Steve Addazio was out as head coach. Jeff Hafley, who was Ohio State’s co-defensive coordinator, has been named head coach.

The Eagles will be without their best player for the bowl game as well as running back A.J. Dillon has elected to skip the bowl game to focus on the NFL Draft. He rushed for 1,685 yards this season and was a go-to guy on this offense. Without him, running back David Bailey will be given the keys to the backfield while quarterback Dennis Grosel will be asked to make an even bigger impact.

Boston College averages 267.8 yards per game on the ground, but I wouldn’t expect to see that sort of number against Cincinnati without Dillon in the backfield.

Defensively, this is one of the worst teams in the country as it gives up 480.3 yards per game which is the sixth-highest average in all of college football.

The Story On Cincinnati

This 10-3 Bearcats team is far more balanced than their counterparts. Cincinnati averages 385 yards of offense per game with a strong run game of its own thanks to running back Michael Warren II and mobile quarterback Desmond Ridder.

Ridder battled the injury bug down the stretch of the regular season but should be a full-go for this matchup against BC. He could be a very big problem for an Eagles defense that has struggled more often than not all year long.

Cincinnati’s three losses this season came to Ohio State in Week 2 before losing to Memphis twice, both in the regular-season finale and the AAC Conference title game the following week. The Bearcats had higher hopes for the season after reaching the conference title game, but I don’t think it’s worth worrying about any sort of motivation issues heading into this one.

How this one will play out: Boston College is already overmatched in this one and with Dillon skipping the game and with so many changes happening with the program it’s impossible not to roll with the Bearcats here. Boston College’s defense will give up far too many big plays for the Eagles to hang around in this one.

Draftkings again have the favorite Cincinnati at -110 while Fox Bet has the Bearcats at -117. Be sure to check out this intriguing matchup on the odds grid as well.

The Story On Miami (OH)

The Redhawks are 8-5 on the season and have had quite the drama-filled year as five of those eight wins came by seven or fewer points. They got the job done, however, as they beat Central Michigan in the MAC title game back on Dec. 7.

The Miami defense allows just over 28 points per game, but that average is a bit skewed seeing as how they gave up 76 points to Ohio State early on in the year; they gave up 30 or more points only twice in the final nine games of the year, both losses.

This is an offense that has struggled to move the ball despite their eight-game win mark. The Redhawks averaged 305.9 yards per game which is the ninth-lowest average in the nation. It’s a well-balanced offense with consistent playmakers in the skill position, but nobody that jumps off the page as a legitimate impact player.

The Story On Louisiana

The Rajin’ Cajuns went 10-3 this year reaching the double-digit win mark for the first time in program history. They lost to Appalachian State in the Sun Belt Conference title game by a touchdown after reeling off six straight wins to close out the regular season.

Louisiana averages 501.3 yards per game which is good enough for seventh in the country and it’s a balanced attack as well from both a run and pass standpoint. This team’s defense is strong giving up less than 20 points per game. The Rajin’ Cajuns are 9-4 against the spread this season.

Levi Lewis could perhaps be the most underrated quarterback in the country. He’s thrown for over 2,800 yards, 24 touchdowns and just four interceptions to go along with a completion percentage of 63.6 percent. Louisiana also has a first-team All-American at guard with Kevin Dotson who’s going to be a big-time player at the next level.

This is a Rajin’ Cajuns team with three running backs that have surpassed the 790-yard mark on the year as well.

How this one will play out: The 14 points look like a lot on paper, but I think you have to lay the points when you look at the playmakers Louisiana has on the offensive side of the ball and the lack of offensive firepower for Miami. Of the three games picked, this one will probably be the worst sweat, but the talent will come through in the end in favor of the Rajin’ Cajuns.