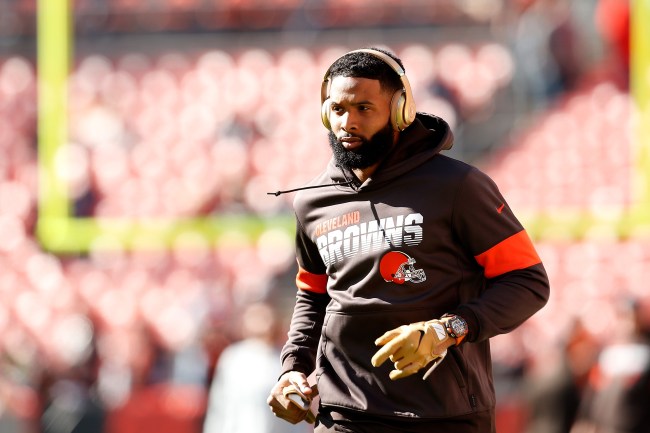 Odell Beckham Jr. has become the first NFL superstar to speak out against the NFL going forward with the season during the Coronavirus pandemic.

During an interview with the Wall Street Journal, the Browns star wide receiver says that unlike basketball it’s almost impossible to put safety measure in place to keep football players safe from the coronavirus.

Odell Beckham Jr. in an interview with the Wall Street Journal: "I just feel like the season shouldn't happen and I'm prepared for it to not happen and I wouldn't mind not having it." https://t.co/FmZE6qBEUf

Obviously with everything that’s going on, it doesn’t make sense why we’re trying to do this. I can understand basketball was already in the playoffs. Five-on-five basketball in an arena is going to be more intense than regular-season games. Hooping is different than playing an eleven-on-eleven contact sport where there’s 80 people in a locker room. We’re not ready for football season. So why are we trying to push forward? It’s obviously for their money. And that bothers me because there’s always been this—and I hate saying it like that—but the owners’ [attitude is], ‘Oh we own you guys,’ and just kind of that unfairness going on that they don’t see us as human. I just feel like the season shouldn’t happen and I’m prepared for it to not happen and I wouldn’t mind not having it.”

Beckham isn’t the only player concerned about the coronavirus as several players have already opted out of the season in recent weeks.

Update: According to Mary Kay Cabot, the Wall Street Journal interview was conducted a couple weeks ago and he will not opt-out of the season.

Odell Beckham's Jr.'s interview with WSJ was done 2 weeks ago before he saw how safe the #Browns facility was, and he has no plans of opting out, multiple sources tell me https://t.co/iTuhXm2evx

Odell has already reported to #Browns training camp since the interview with WSJ, so I don't think he'll be opting out. He was likely just expressing his opinion on the matter. https://t.co/joveW5ysmW