Odell Beckham Jr.’s ESPY Outfit Was Something, Guys, So The Internet Mocked It By Turning It Into A Meme 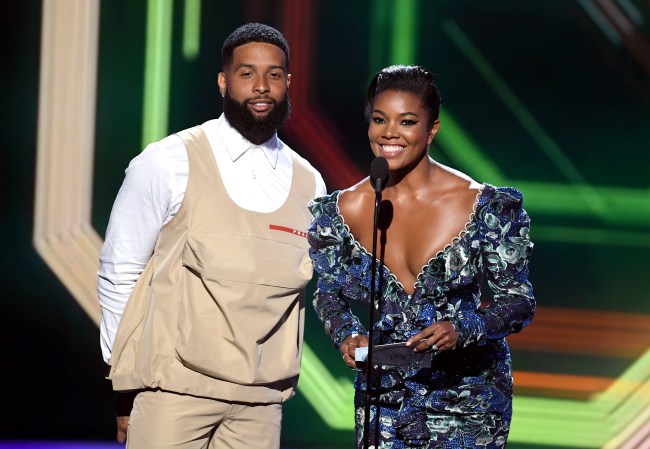 Odell Beckham Jr. is one of the most flamboyant athletes out there, so it shouldn’t be too surprising that he’s willing to take chances when it comes to speaking his mind and choosing his style. And while the new Cleveland Browns wideout absolutely shreds on the gridiron, that’s not always the case when he decides to go with something a little off-beat with his fashion.

Case in point? Last night’s ESPY Awards, where Odell Beckham Jr. showed up wearing… well, I honestly don’t know, but it definitely wasn’t for the faint of heart.

Appearing to be a mix between a backpack and a bulletproof vest, OBJ’s ESPY outfit was instantly mocked by pretty much everyone on social media who saw it. Take a look at what some people were tweeting in reaction to the ridiculous threads, which instantly became a new meme because, well, the Internet always wins.

Odell Beckham Jr. decided to dress up like an NFL photographer for the ESPYs? pic.twitter.com/CBkTviN594

The man Odell a fool 😂 pic.twitter.com/xAXMVohTRk

Dental technician: Okay, just bite down and sit still, I’ll be back in 15 seconds

Odell really in his bag these days pic.twitter.com/iEZAmGMygt

Odell is about to go deliver some newspapers right after the show in that outfit. #ESPYS pic.twitter.com/HloGinzWOd

You’ve got to respect the hell out of Odell Beckham Jr. for at least being bold enough to even consider wearing something like that, especially in public and to an event that’s one of the biggest nights in sports. But, damn, talk about getting JACKED UP by Internet trolls as soon as they saw it. Considering it’s Beckham Jr., you know he relishes the chance to laugh at all the haters, though, so we probably shouldn’t expect him to stop pushing the envelope with some of his bold choices.

That said, OBJ might want to reconsider going with such a wild choice for an outfit next time, because, while it’s sort of his thing now — joining Russell Westbrook as the two athletes willing to take serious chances with their style decisions — it’s still a little bit too much for Average Joes. But, hey, just keep on doing you, Odell.